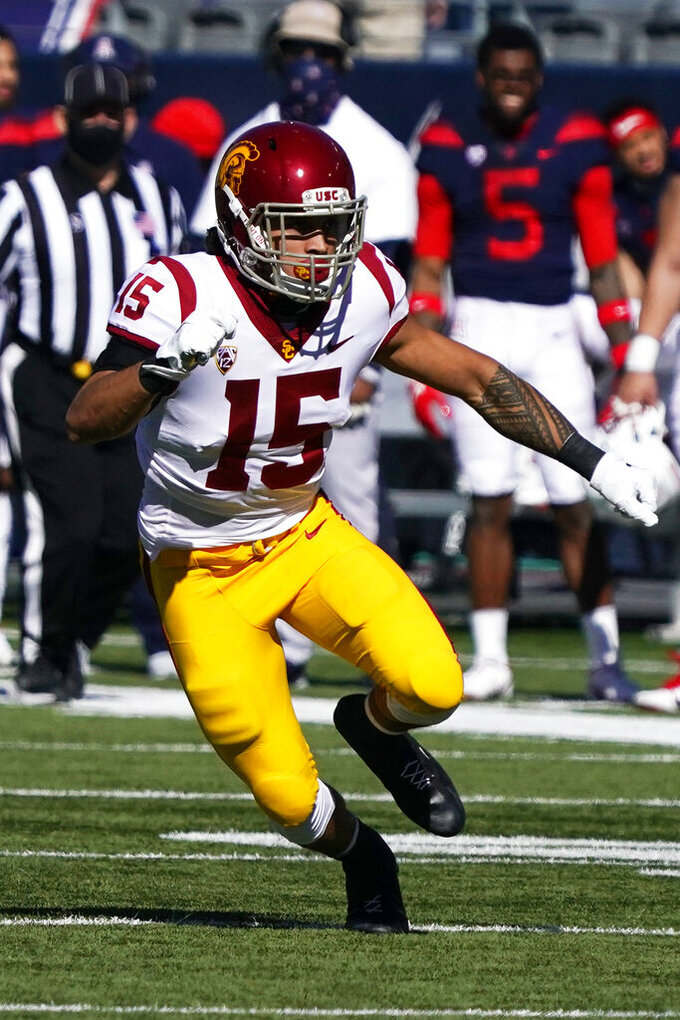 FILE - In this Nov. 14, 2020, file photo, Southern California safety Talanoa Hufanga (15) chases a play in the second half of an NCAA college football game against Arizona in Tucson, Ariz. Hufanga was selected as the PAC-12 defensive player of the year. (AP Photo/Rick Scuteri, File)

Hufanga announced his plan to enter the draft Wednesday on his social media accounts.

Hufanga was a first-team AP All-American and the Pac-12's Defensive Player of the Year this season for the No. 21 Trojans (5-1). He led USC with 62 tackles and four interceptions while adding three sacks, 5 1/2 tackles for loss and two forced fumbles.

Hufanga was a star for the Trojans when healthy throughout his three seasons on campus. The Oregon native started five games as a freshman before breaking his collarbone, and he made 90 tackles despite missing three games due to injuries in his sophomore season.

“It is truly an honor to wear the Cardinal and Gold and have the opportunity to earn a degree from one of the most prestigious universities in the nation,” Hufanga wrote. "My experiences over the last three years have been some of the greatest of my life and I will cherish them forever."

USC won the Pac-12 South this fall with an unbeaten regular season before losing the conference title game to Oregon 31-24. The Trojans then declined to play in a bowl game.