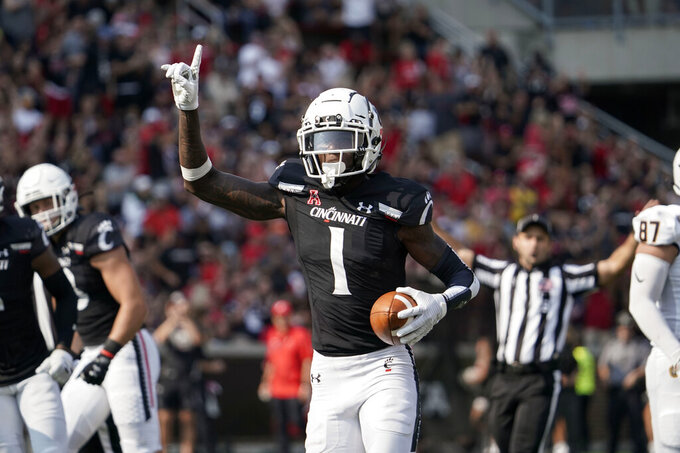 The school announced Tuesday that junior cornerback Ahmad “Sauce” Gardner declared for the draft, one day after junior running back Jerome Ford said he would do the same.

The pair helped the Bearcats (13-1) become the first team from a conference outside the Power Five to crack the playoff. Cincinnati was seeded fourth and lost to No. 1 Alabama 27-6 in a semifinal game on Friday.

Gardner never allowed a touchdown reception over more than 1,000 targets in three seasons. He is projected as a first-round pick.

“He will go down as one of the greatest Bearcats ever to play here and certainly one of the most talented, accomplished and competitive players I have ever coached,” Cincinnati coach Luke Fickell said of the Detroit native.

Ford, an Alabama transfer, rushed for 1,319 yards and 19 touchdowns this season, helping lead Cincinnati to its second straight American Athletic Conference title. He had 15 carries for 77 yards in the semifinal loss.

“He was a leader by example and embodied the ‘humble and hungry’ culture we have built here,” Fickell said.

“It has always been my dream to play in the NFL, and I am in this position because of everything the University of Cincinnati has given to me,” Ford said in a Twitter post Monday.

Senior quarterback Desmond Ridder, who was 43-5 as a four-year starter for the Bearcats, also will be moving on and also is expected to be drafted in the early rounds.

With 24 seniors recognized before Cincinnati's last home game, Fickell will have some other sizable holes to fill on the 2022 depth chart.