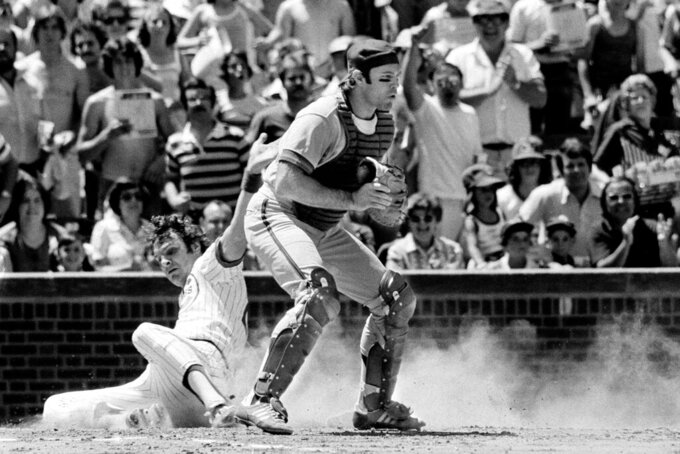 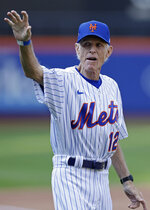 DENVER (AP) — John Stearns, a four-time All-Star catcher with the New York Mets, has died after a long battle with cancer. He was 71.

Stearns, who played football and baseball at the University of Colorado, died Thursday night in Denver, according to the Mets.

He passed away less than three weeks after attending an Old Timers' Day at Citi Field in New York that coincided with the Mets' 60th anniversary. He was noticeably thin in his Mets jersey on Aug. 27 and waved to the crowd when he was introduced on the field.

“No one played the game with more spirit or determination than John Stearns," Mets President Sandy Alderson said Friday in a statement. “He literally willed himself to attend Old Timers’ Day last month so he could visit friends and old teammates. Despite his illness, he even managed to step into the batting cage to take a few swings. His nickname, ‘Bad Dude’ couldn’t have been more appropriate.”

Stearns was a complete catcher. He could hit, run and throw out baserunners, nailing almost 38% of those who attempted to steal.

Stearns was a late draft pick as a defensive back by the NFL's Buffalo Bills in 1973. The Philadelphia Phillies took him second overall that same year and he opted to play baseball.

With Bob Boone behind the plate for the Phillies, Stearns never really had a chance to play in Philadelphia after struggling early with his hitting. After appearing in one game for the Phillies in 1974, he was traded to the Mets as part of the multiplayer deal that sent relief pitcher Tug McGraw to Philadelphia.

A former safety and punter in college, Stearns was solid and feisty. Pirates star Dave Parker sustained a broken collarbone in one collision with Stearns in 1978 and future Mets star catcher Gary Carter got into a fight with him after another collision at home in '79.

One other incident Mets fans will remember is Stearns tackling one of two fans who ran on the field in 1980 and eluded authorities a little too long for his liking.

After retiring as a player, he served in a number of baseball jobs as a scout with Milwaukee, a bullpen coach for the Yankees, a minor league manager for Toronto and as a scout and coach for the Orioles.

He returned to the Mets as a coach in 2000 for two years under Bobby Valentine and later as a scout and minor league coach.

“John was such a key part of our staff," Valentine said. "He had a unique way of lighting a fire under the guys. Every time we spoke by phone, he kept telling me he was going to beat this thing. That was John Stearns to a tee.”

Stearns is survived by his son, Justin, brothers, Richard and William and his sister, Carla.