No. 4 Georgia closes regular season with 52-7 rout of Tech 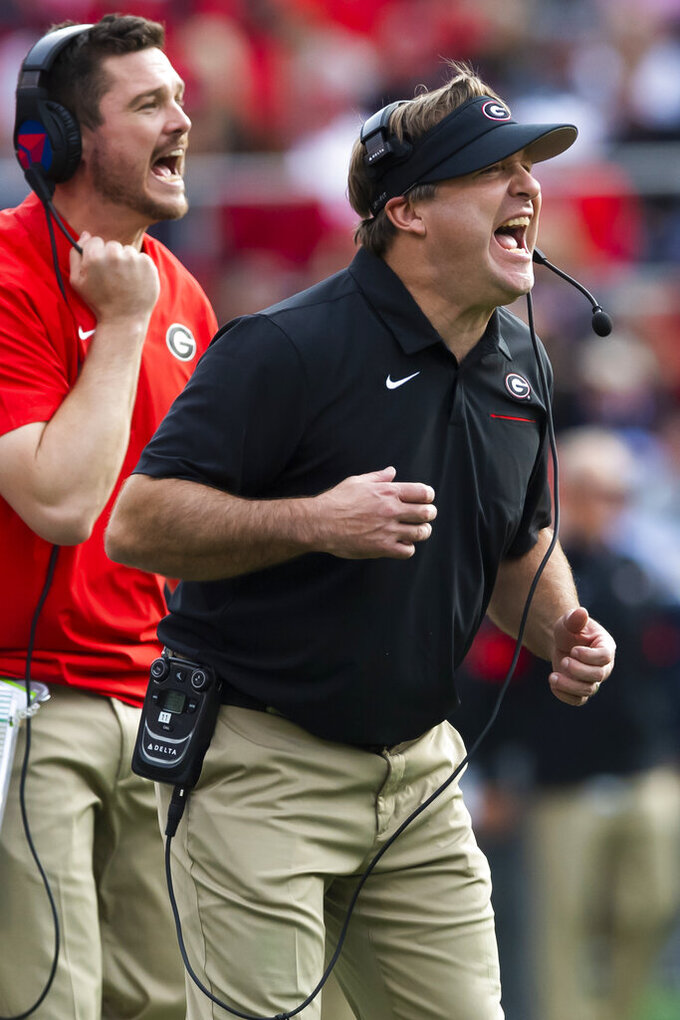 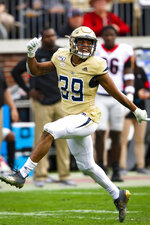 ATLANTA (AP) — This trip to Atlanta was barely an annoyance for No. 4 Georgia.

The Bulldogs are really focused on their return to the A-T-L next weekend.

Jake Fromm threw four touchdown passes and Georgia cruised into the Southeastern Conference championship game with a 52-7 victory over Georgia Tech on Saturday — the Bulldogs’ biggest win ever against their state rival.

The Bulldogs (11-1) were 28-point favorites and this one was never in doubt, even as they fumbled the ball away three times, dealt with injury woes, had a key player ejected, and failed to cover an onside kick.

It was Georgia’s third straight win in the one-sided series known as “Clean, Old-Fashioned Hate” — all of them blowouts. The Bulldogs have outscored Georgia Tech 135-35 during that span.

When Tyson Campbell recovered a fumbled punt for Georgia’s final touchdown in the closing minutes, it surpassed the Bulldogs’ previous biggest margin over the Yellow Jackets, a 51-7 rout in 2002.

The Bulldogs move on to next weekend’s SEC title game, which will be held about a mile away at Mercedes-Benz Stadium, to face No. 1 LSU for a berth in the College Football Playoff.

“Anytime we play in Atlanta, we like to play well,” Fromm said. “We feel like we’re playing at home.”

Yet, some troubling issues emerged for Georgia.

Star running back D’Andre Swift was knocked out by a shoulder injury. Freshman receiver George Pickens didn’t play in the first half because of a disciplinary issue, then was ejected in the second half for throwing a punch at a Georgia Tech player — which means he’ll miss the first half of the LSU game as well.

Fromm failed to complete half his passes for the fourth week in a row, but it didn’t matter. He finished 14 of 29 for 254 yards, connecting on scoring throws of 20 yards to Charlie Woerner, 17 yards to Tyler Simmons, 41 yards to Pickens and 9 yards to Dominick Blaylock.

The TD to Blaylock with 4½ minutes left in the third quarter wrapped up a mixed day for Fromm.

Things got chippy as the game turned into a blowout.

On Blaylock’s score, a scrap broke out between Pickens and Georgia Tech cornerback Tre Swilling on the other side of the end zone, with each player throwing punches. The officials assessed offsetting unsportsmanlike conduct penalties, but Pickens was ejected.

Swift’s injury is another concern going into next weekend’s game, though Smart said it was merely a contusion that shouldn’t prevent his No. 1 back from playing.

Swift fumbled twice against Georgia Tech, the second of which left him crumpled on the turf holding his left shoulder. After a trip to the medical tent, he watched the rest of the game from the bench with a towel over his head.

Georgia Tech wrapped up its first season under coach Geoff Collins with just 139 yards and seven first downs on offense. The Yellow Jackets went three-and-out 11 times and were forced to punt a school-record 13 times.

James Graham was 5 of 20 for 40 yards passing. Georgia Tech’s lone touchdown — Graham’s 6-yard pass to Tyler Davis — was set up by a fumbled punt that was recovered at the Georgia 17.

“Our guys kept battling, but it got away from us in the third quarter,” Collins said. “We let it slip and couldn’t find a way to get it back.”

Pickens wasn’t the only Georgia receiver missing at the start of the game.

Lawrence Cager’s college career appears to be over after he sustained a serious ankle injury in practice during the week. He underwent surgery Friday.

Smart said it’s doubtful the graduate transfer will return for either the playoff or a bowl.

“I wish it didn’t come to an end like this and if I could go back in time to the beginning and do it again, there isn’t another school I would rather choose,” Cager wrote on his Instagram account.

He had 33 catches for 476 yards and four touchdowns this season.

Georgia: The Bulldogs look like the most heavily flawed of the playoff contenders, especially on offense. Fromm continues to struggle with his accuracy, Pickens’ absence will be a key loss, and the injury to Swift is a concern going into the SEC championship. But a stellar defense gives Georgia a shot in every game.

Georgia Tech: Another harsh demonstration of how much work the Yellow Jackets have to do, especially on offense. Collins needs to put together several strong recruiting classes to fulfill his vision for the program.

Georgia: Will be making its third straight appearance in the SEC title game. If the Bulldogs come up short against LSU, it appears they’ll be headed to the Sugar or Orange Bowl.

Georgia Tech: Collins’ debut season is mercifully over with the Yellow Jackets matching their fewest wins since 1994. The 2020 schedule has not been finalized beyond the nonconference opponents, beginning with a Sept. 12 home game against FCS school Gardner-Webb.