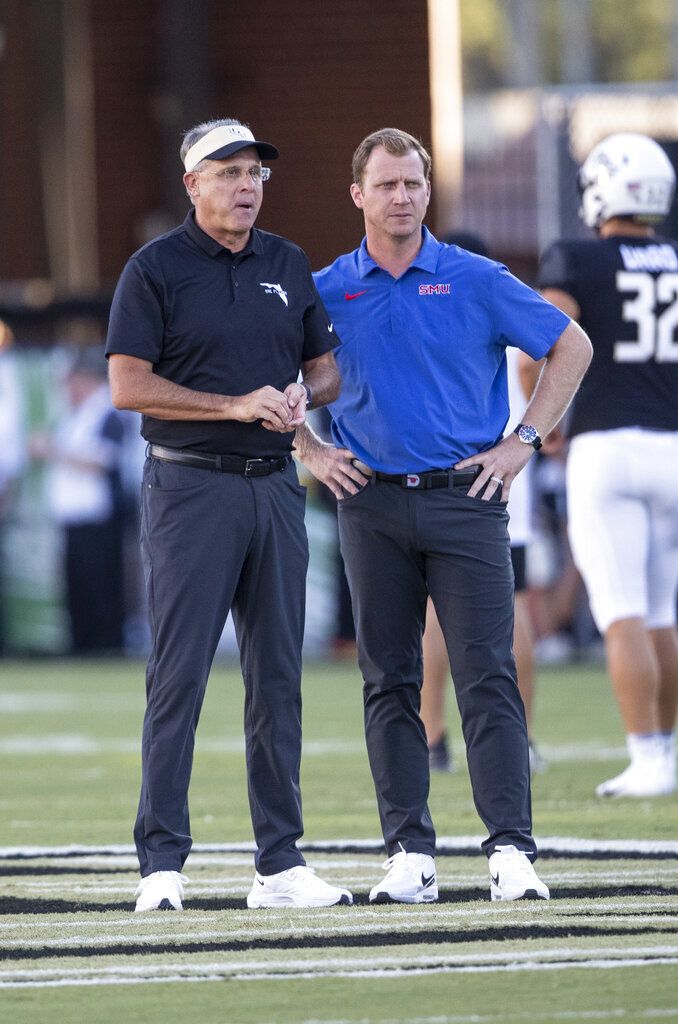 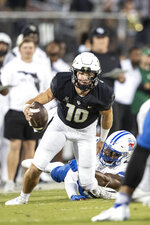 ORLANDO, Fla. (AP) — John Rhys Plumlee threw for 316 yards and two touchdowns, both coming in the second half to Ryan O’Keefe, and UCF scored 31 unanswered points to beat SMU 41-19 on Wednesday night in a game postponed because of tropical weather.

UCF trailed 13-10 at halftime before scoring four touchdowns in the second half.

O’Keefe made a diving catch in the end zone on a 26-yard throw to extend UCF’s lead to 24-13 with 3:07 left in the third quarter. O’Keefe added a 58-yard touchdown early in the fourth on a shuffle-pass jet sweep.

The UCF defense made three keys plays. Jason Johnson recovered a fumble on SMU’s first possession of the game, Divaad Wilson made an interception to end the first half and Tre’mon Morris-Brash sacked Tanner Mordecai in the end zone for a safety in the fourth quarter.

The game was rescheduled twice due to Hurricane Ian. It was initially scheduled to be played Saturday at UCF’s on-campus stadium before shifting to Sunday.