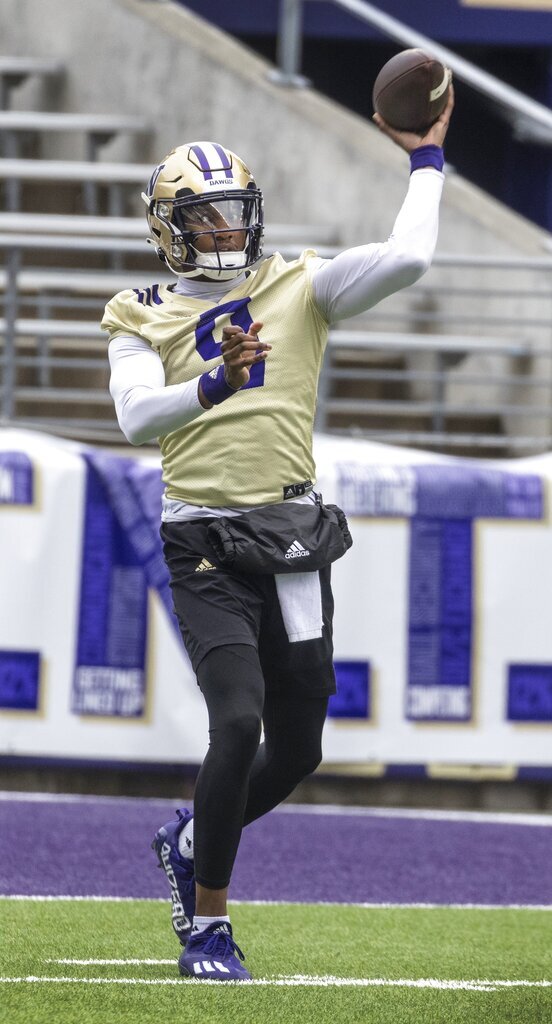 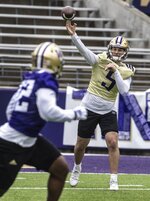 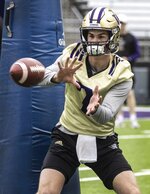 SEATTLE (AP) — The first spring with Kalen DeBoer in charge of the Huskies is all about the quarterback and what direction Washington will go heading into the fall with three players competing for the job.

But Washington also added former Indiana starter Michael Penix Jr. in the offseason, giving the Huskies plenty of options to look at during spring workouts.

The difficulty is splitting up the reps during the limited time to gauge if there’s a leader going into the summer.

“That’s where it gets hard is now the reps are diminished among three guys. That’s the hard part,” DeBoer said. “But I know this, we’re just going to pour everything into trying to coach these guys up. That’s just how I’ve always done it and it will shake itself out.”

Penix could be the leader because of what happened three years ago when he was the QB at Indiana and DeBoer was his offensive coordinator. Penix started six games that season and the Hoosiers were 5-1. His numbers weren’t eyepopping but they were solid enough — 1,394 yards passing, 10 touchdowns, four interceptions — to show he had a solid grasp of the system.

Penix and DeBoer were together for only one season before DeBoer returned to Fresno State to become the head coach of the Bulldogs. But the relationship created was strong enough that Penix chose Washington over other suitors when he decided to transfer.

“Coach DeBoer already being with me at Indiana in 2019, I just felt like we had a good connection,” Penix said Friday after the second of Washington’s spring practices. “I love the offense that he brought over there for us and we continued to run that offense, so I felt like that was something I wanted to be a part of.”

The issue with Penix has been health. He’s never played more than six games in a season due to injuries.

Morris was the incumbent last season for the Huskies but he regressed from what he showed during the 2020 season and was eventually benched. Morris threw for nearly 2,500 yards in 11 games last season but also had just 14 touchdowns against 12 interceptions and a knack for making a mistake at the wrong time.

“Obviously, not the way anybody wanted it to go. But it was definitely eye-opening and a big learning lesson for me as a quarterback and as a man,” Morris said. “Just continuing to deal with some hard things and try to look that adversity in the eyes and just go attack it. And then leading into this season a lot of things I got to work on as a player.”

Huard is the most highly regarded of the trio. He was one of the top prep QBs in the country before his arrival at Washington and his father Damon and uncle Brock were former quarterbacks for the Huskies.

Huard’s only start last season was a rough introduction to college football, being thrust into the starting role for the Apple Cup while the program was in turmoil following the suspension and eventual firing of head coach Jimmy Lake.

While the blowout loss to Washington State was painful, Huard said he learned from the experience and the new offensive system plays more to his strengths as a passer.

DeBoer and offensive coordinator Ryan Grubb intend to split reps evenly to start spring ball before potentially making decisions on a hierarchy leading into the summer. A decision on the starter probably won’t be made until August.

“You’ve got to try to create the most equal environment that you can and see who really rises to the top,” Grubb said. “And that doesn’t mean just reps. It means opportunities in scheme, opportunities in field position. So there’s a lot of thought that goes into it.”