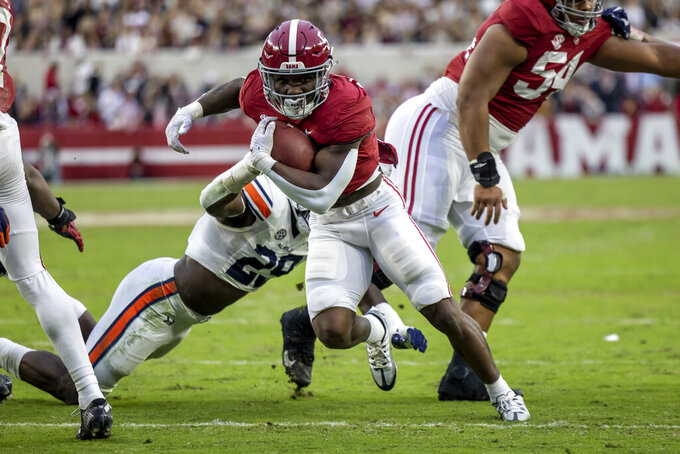 Alabama running back Roydell Williams (5), center, runs the ball past Auburn linebacker Derick Hall (29) during the first half of an NCAA college football game, Saturday, Nov. 26, 2022, in Tuscaloosa, Ala. (AP Photo/Vasha Hunt)

AUBURN, Ala. (AP) — Auburn's top two pass rushers are leaving for the NFL.

Defensive end Colby Wooden announced in a video on social media posted Tuesday that he is skipping his senior season to enter the draft. Edge rusher Derick Hall also posted a video to announced his plans to leave.

The 6-foot-3, 256-pound Hall is a senior who already had accepted an invitation to the Senior Bowl but could have returned for a fifth season. He was a second-team All-Southeastern Conference selection.

Hall is projected as a potential second-round draft pick while projections have the 6-5, 284-pound Wooden in the mid-round range.