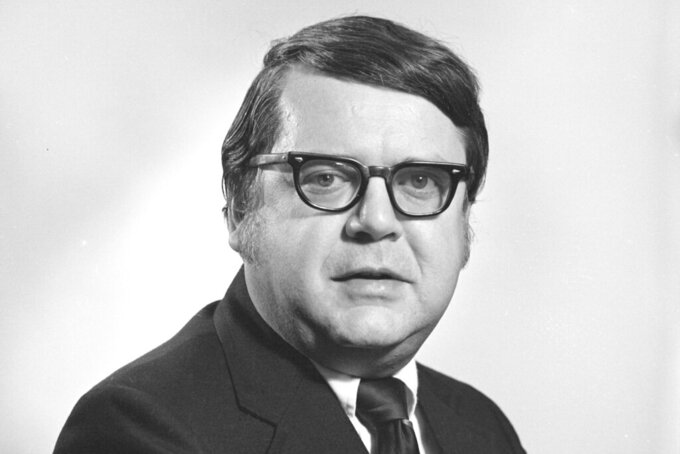 ANN ARBOR, Mich. (AP) — A man who played football at the University of Michigan sued the school and its board of regents on Monday, alleging the late Dr. Robert E. Anderson sexually abused him.

The lawsuit in U.S. District Court in Detroit is seeking certification to be class action and aims to include anyone else who says they were molested by the school doctor. The plaintiff, identified as John Doe, accuses the university of failing to remove the doctor despite complaints about him dating back decades.

Doe, a resident of New York, said he was on an academic scholarship from 1989 to 1993 and played football for the Wolverines. The late Bo Schembechler was Michigan's coach for a final season in 1989 and was succeeded by Gary Moeller, who led college football's winningest program from 1990 to 1994.

The lawsuit is the latest in a long line of filings facing the university for the way it handled allegations Anderson sexually abused patients from the 1960s until his retirement in 2003. He died in 2008.

“Again, we share the same goal of gathering all the facts, including understanding the full scope of the harm caused by Dr. Robert E. Anderson and the institutional failings of the university,” school spokeswoman Kim Broekhuizen said by email Monday in response to the lawsuit

The university has acknowledged some campus employees were aware of accusations against the doctor prior to a 2018 complaint that led to a police investigation. The school announced nearly three weeks ago the previous investigation had been conducted, saying it made the information public following a determination the previous day by the county prosecutor’s office that no criminal charges would be authorized because Anderson is deceased.

The school has received more than 100 complaints about Anderson on a hotline for people who have information to come forward.

Two-plus weeks after hiring Steptoe & Johnson to investigate allegations against Anderson, the school said it will find another law firm after learning that some of its attorneys represented high-profile clients accused of sexual misconduct.

Steptoe & Johnson lawyers have represented Jeffrey Epstein, the financier who killed himself in jail last year while awaiting trial on charges of sexually abusing girls, and director Roman Polanski, still wanted in the U.S. decades after he was charged with raping a 13-year-old girl in 1977.

The revelations at the school in Ann Arbor echo other high-profile allegations and investigations of sexual abuse made by patients of sports doctors at other universities, including Michigan State, Ohio State and Minnesota.

Michigan Attorney General Dana Nessel said last week that she would investigate the claims against Anderson and how the school dealt with them if the school waives attorney-client privilege and fully cooperates. The school declined the offer, saying it plans to stay the course with its own investigation.