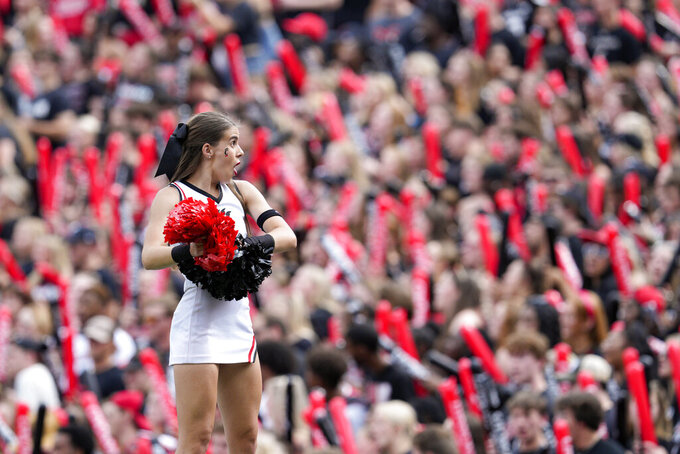 Fans attend the first half of an NCAA college football game between Cincinnati and Kennesaw State, Saturday, Sept. 10, 2022, in Cincinnati. (AP Photo/Jeff Dean)

A technology company that handles ticketing for many of the biggest college football programs encountered a problem Saturday that left fans across the country unable to download digital tickets onto their smartphones for several hours.

The outage also led StubHub, one of the biggest secondary ticket marketplaces, to suspend sales until the issue was resolved.

Paciolan is the largest primary ticketing company in college athletics, with 125 clients, including 75% of the Power Five, according to the Irvine, California-based company's website.

The nature of the problem wasn't clear. Phone and email messages seeking comment were not immediately returned.

Stadiums and arenas have mostly phased out paper tickets and gone to digital ticketing.

Schools affected by the outage sent emails to ticketholders that they could present at the gate for entry. Some also encouraged fans to go to the ticket office for assistance.