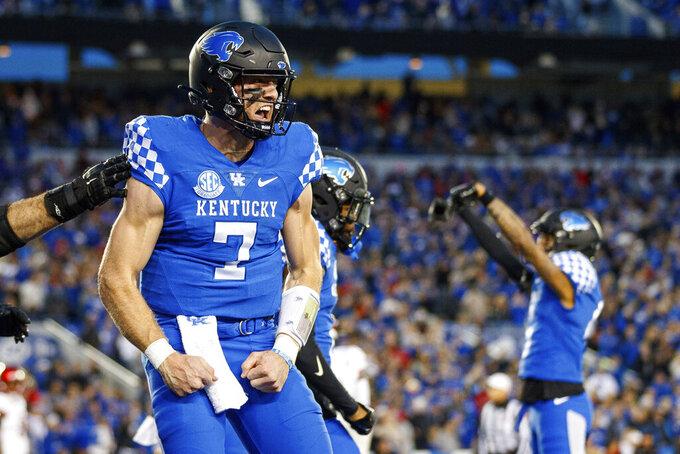 Kentucky quarterback Will Levis celebrates after throwing a touchdown pass against Louisville during the second half an NCAA college football game in Lexington, Ky., Saturday, Nov. 26, 2022. (AP Photo/Michael Clubb)

Iowa: RB Kaleb Johnson. The first-year back has run for team highs of 762 yards and six touchdowns.

Kentucky: QB Will Levis. Levis said earlier this week he plans to enter the NFL draft and it's unclear whether he'll play in the bowl.

Iowa: The Hawkeyes started 3-4 but won four straight games to climb to bowl eligibility before falling to Nebraska in their regular-season finale.

Kentucky: The Wildcats lost five of eight after a 4-0 start, though Kentucky beat instate rival Louisville to close the regular-season schedule.