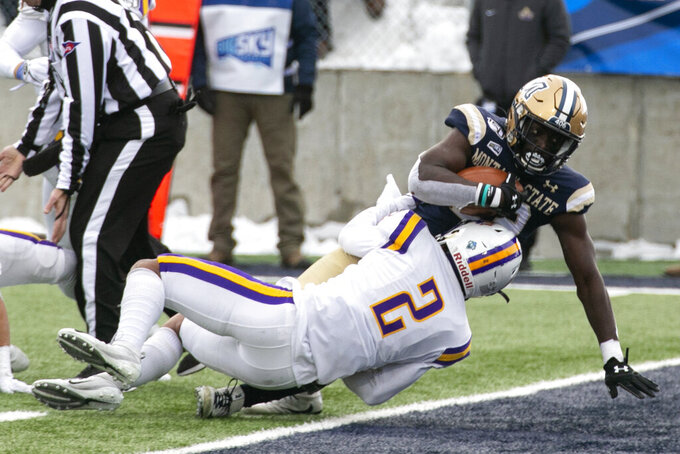 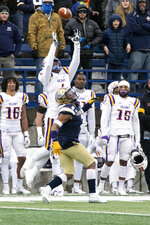 Rovig finished 24 for 30 with no interceptions. Montana State's other quarterback Travis Jonsen ran for 85 yards on six carries, including a 47-yard touchdown run. The 47 points is the most the Bobcats (10-3) have scored in their playoff history.

The Great Danes got on the board right away when Jeff Undercuffler hit Juwan Green, who made a circus catch on the 35 and sprinted in for the score to complete a 58-yard scoring play just 1:08 into the game.

The Bobcats responded with 26 straight points on a variety of plays before the half. Montana State got Jonsen's 47-yard score to tie the game on its first possession, then Isaiah Ifanse, who is the start running back, blocked a punt out of the end zone for a safety. Kevin Kassis took a pass from Rovig in from 5 yards out before Ifanse scored from the 12. Montana State got a 19-yard field goal to end the half.

“This is how unselfish this team is,” explained Montana State head coach Jeff Choate. “When we go out there to punt and in practice, (Ifanse) jumps in there and works our guys over, so finally I just said, ‘let’s get him in there, because we can’t block him.’"

“The kick game gave us trouble and they outplayed us by a huge margin in the kick game,” Albany head coach Greg Guttuso said.

Damien Washington came up with two first half interceptions for Montana State. The second stopped a promising Albany drive on the Montana State 13. Coy Steel electrified the fans with three punt returns for 105 yards in the half. All three were over 30 yards.

Montana State got a one-handed, 49-yard touchdown reception by Lance McCutcheon on the opening play of the second half to push the score to 33-7. On the next Bobcats drive McCutcheon hauled in 42-yard pass from Rovig as he backpedaled into the front corner of the end zone. Montana State made it three scores on three drives in the second half when Logan Jones plowed in from the 3.

“It’s very nice when you can throw up 50-50 balls and know they can catch them,” Rovig said.

The Montana State defense held Albany to just 2 for 12 on third downs and Bryce Sterk had two sacks. Albany tacked on a pair of touchdowns late in the fourth quarter.

The Bobcats advanced to the quarterfinals to face the Austin Peay. The Great Danes finished their season at 9-5 after winning their first playoff game last week.