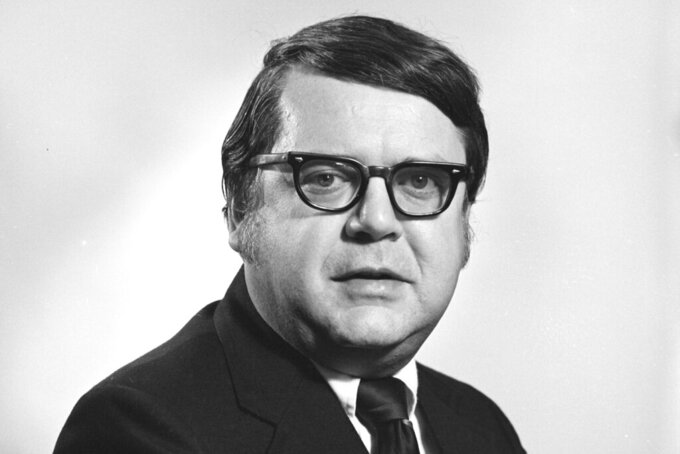 ANN ARBOR, Mich. (AP) — A report about the stunning lack of action at the University of Michigan while a rogue doctor was sexually assaulting hundreds of young men has cast an unflattering light at one of the school's giants, the late football coach Bo Schembechler, whose bronze statue stands on campus.

Schembechler, who led the team from 1969-89, was vividly told by at least four people that Robert Anderson had molested them during routine physicals or other exams, according to the report commissioned by the university. Yet, the report says, he took no direct steps and even told one man to "toughen up."

While U-M digests the report by the WilmerHale law firm and deals with a flood of lawsuits by Anderson's victims, it also might have to consider the future of the Schembechler statue and the football building that bears his name. Penn State University in 2012 removed a statue of the iconic coach Joe Paterno who was accused of burying child sex abuse allegations against an assistant coach.

The report about Anderson, released Tuesday, details many missed opportunities to stop the doctor, who spent 37 years on campus and died in 2008. But no other name in the report is more recognizable than Schembechler.

“At this early stage, all I can really say with confidence is that it’s a tragedy, it can’t happen again, and we have more questions than answers until we learn more,” said author John U. Bacon, who wrote “Bo’s Lasting Lessons” with Schembechler, along with other books about Michigan sports.

Schembechler, who died in 2006, is a revered figure in Ann Arbor, though it’s been 32 years since he last coached a team. The Wolverines won or shared 13 Big Ten football championships while regularly playing in front of 100,000 fans at Michigan Stadium.

Mike Stone, a Philadelphia native and popular Detroit sports radio host, said the Schembechler era turned him into a U-M football fan. But he said Schembechler’s name and statue should come down as a consequence of the “massive cover-up” of complaints about Anderson.

“And I don’t want to hear another quotation of ‘the team, the team, the team,’” Stone told WXYT listeners Wednesday, citing an oft-repeated Schembechler mantra, “because the team was not protected by the head coach. I’m sorry. It’s disgusting.”

The report said Schembechler was told on four occasions in the 1970s and early 1980s about Anderson molesting men. In one case, he told a man to inform athletic director Don Canham, but officials took no subsequent action.

Shemy Schembechler told The Associated Press that it’s “disgraceful” for anyone to believe that his father didn’t care about the players. He insisted the coach would have acted if students had shared concerns about Anderson. Others apparently have similar views but were not named in the report.

“Multiple university personnel who worked with Mr. Schembechler told us that had he been aware of Dr. Anderson’s misconduct with patients, he would not have tolerated it,” according to a footnote in the report.

The university declined to comment about Schembechler while sticking to an earlier statement that it would “thoughtfully and diligently review” the WilmerHale findings. Meanwhile, it is involved in private mediation with lawyers for Anderson's victims, whose number could exceed 800.

Chuck Christian, a U-M football player in 1977-80, said he was assaulted by Anderson but didn't tell Schembechler. He said the traumatic experience discouraged him from seeing doctors, which he blames for the spread of his prostate cancer.

“That statue didn’t do anything to us. But the man that it represents didn’t protect us,” Christian, 61, told the AP. “All it would have taken was for one man to stand up for us and this thing never would have happened.”