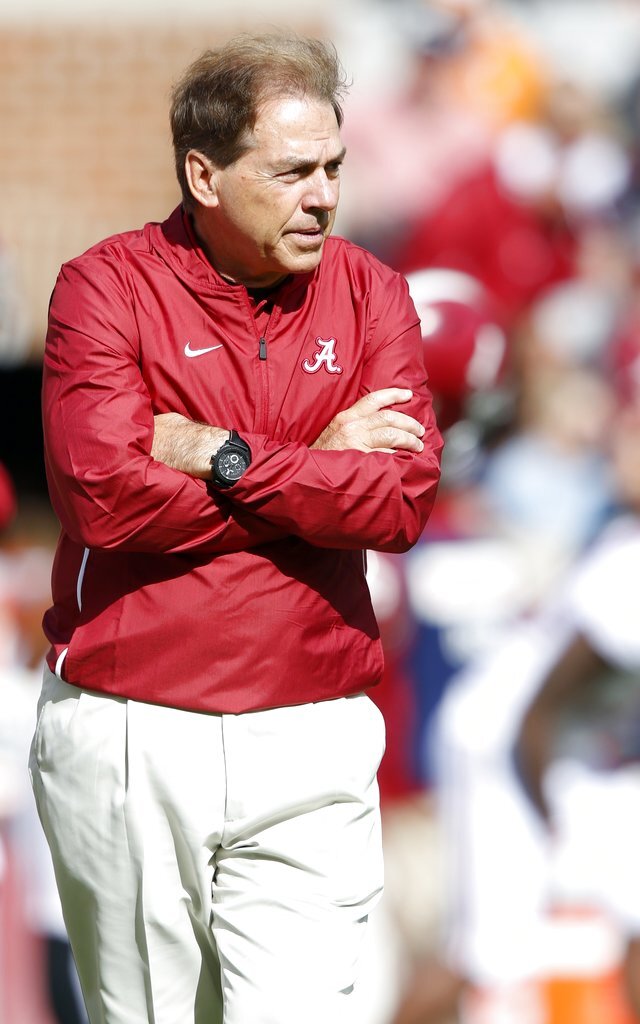 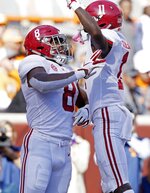 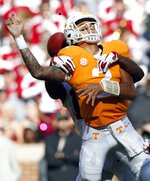 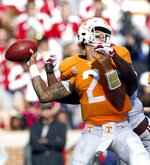 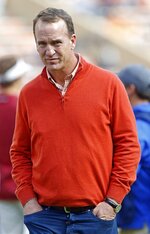 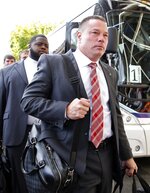 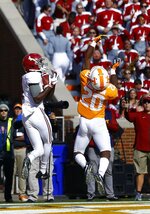 "We have our starting plays that Coach Lock (offensive coordinator Mike Locksley) tells us in the locker room, so we kind of close our eyes and all meditate on what we got to do in order for that play to kind of be successful," Tagovailoa said. "But it's one of those things where you just kind of take it one play at a time."

The Crimson Tide raced to a fast start again even though they didn't start running back Damien Harris and didn't play defensive end Raekwon Davis the entire first half for reasons coach Nick Saban did not detail. Television cameras showed Davis throwing punches at an opposing player during Alabama's victory over Missouri last week.

Alabama (8-0, 5-0 Southeastern Conference) posted the highest point total by a visiting team in the history of Neyland Stadium, which opened in 1921. Alabama is scoring 54.1 points per game and entered the weekend leading all Football Bowl Subdivision teams in that category.

"There's some guys we have on our team that this game was way too big for," said Tennessee coach Jeremy Pruitt, who spent the last two seasons as Alabama's defensive coordinator. "I think everybody was able to see that."

Tagovailoa went 19 of 29 for 306 yards before giving way to Jalen Hurts midway through the third quarter with Alabama ahead 51-14. Tagovailoa had aggravated a sprained right knee last week against Missouri and took a big hit on his final play of Saturday, a 41-yard touchdown pass to Henry Ruggs III.

"He could have gone back to the game if he needed to go back to the game, but we were about ready to put Jalen in anyway," Saban said. "I'm just really, really pleased."

Keller Chryst went 9 of 15 for 164 yards with two touchdown passes for Tennessee (3-4, 1-3) after replacing starting quarterback Jarrett Guarantano, who got hit by linebacker Mack Wilson midway through the second quarter and never took another snap.

"Jarrett got hit I don't know how many times, probably every time he threw the football," Pruitt said. "Keller came in and made some good throws, so we just stayed with Keller."

Alabama grabbed a 21-0 lead less than seven minutes into the game.

Tagovailoa capitalized on outstanding protection to cap the first series of the game by throwing an 11-yard pass to Jeudy in the right corner of the end zone.

Xavier McKinney then sacked Guarantano and knocked the ball loose, with Christian Miller recovering the fumble at the Tennessee 3. That set up a 3-yard touchdown run by Josh Jacobs, who also had a 2-yard score in the second quarter.

After Tennessee went three-and-out on its next possession, Tagovailoa threw a perfect pass to Waddle, who caught the ball just beyond midfield and raced into the end zone for a 77-yard score. Damien Harris' 3-yard touchdown run capped a 93-yard drive that made it 28-0 with 3:31 left in the first quarter.

Alabama: After spending the first half of the season as the nation's most dominant team, Alabama gets two weeks to prepare for its Nov. 3 showdown at No. 5 LSU. The Tide's lopsided victory over Pruitt and Tennessee continued a trend. Tide coach Nick Saban owns a 15-0 record during his Alabama tenure when he's facing one of his former assistants.

Tennessee: The Vols must learn to play better at the start of games. Tennessee's lack of discipline early was a concern, as the Vols committed a few personal fouls early and had cornerback Alontae Taylor ejected in the first quarter. The Vols also had a brutal sequence early in the third quarter, as an illegal fair catch on the second-half kickoff backed them up to their own 3 before Chryst tripped over a lineman's legs and fell into the end zone for a safety.

This game marked the return of former Tennessee coach Butch Jones to Neyland Stadium. Jones, who went 34-27 for Tennessee from 2013-17 before getting fired last November, works on Alabama's support staff as an offensive analyst.

Jacobs talked this week about making sure Jones got a cigar, a postgame tradition for the winning team in this rivalry. Sure enough, photos that circulated on social media Saturday night showed Jones smoking a stogie. Alabama's players also doused Jones with ice water after the game.

"It was good to see Butch Jones get dumped on out there," Saban said. "I know he was happy and he has done a great job for us and we really appreciate the things he'd done to help our program."

Alabama has next week off before visiting No. 5 LSU on Nov. 3.