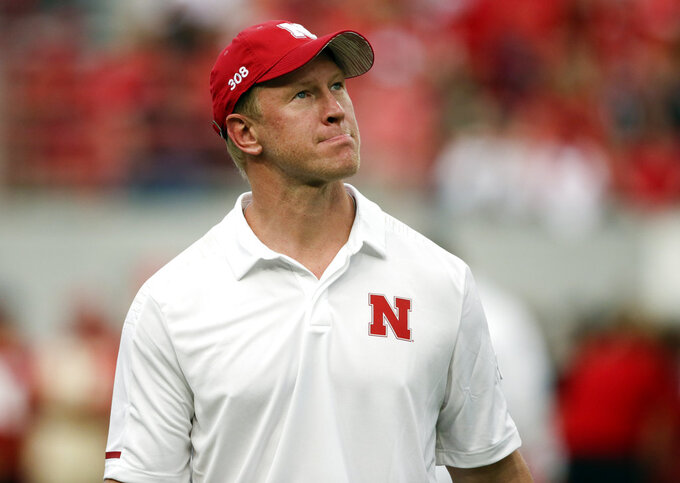 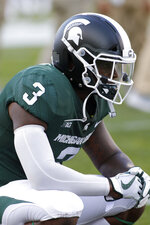 Here's what to watch in the Big Ten this week:
GAME OF THE WEEK
Colorado at Nebraska
These teams battled each other as conference mates until 2010, it's the one-week-late debut of Nebraska coach Scott Frost, and the Buffaloes are feeling good about themselves after hammering Colorado State last week. This once was among the Big 12's best series, with five games between 1996-2000 decided by a total of 15 points. Frost quarterbacked the Cornhuskers in two of those games and, after the Akron game was canceled because of severe weather, will coach his first Nebraska against the old rival. Colorado, 5-7 last season, is looking to recapture the mojo it had in 2016 when it won 10 games.
BEST MATCHUP
Iowa defensive line vs. Iowa State offensive line
The Hawkeyes' front four dominated the second half of the opener against Northern Illinois and will be plenty motivated playing for the Cy-Hawk Trophy. The Cyclones' game against South Dakota State was canceled early in the first quarter because of storms, so we haven't gotten a good look at what their boys up front can do. ISU's gets back experienced lineman Julian Good-Jones from suspension, and preseason All-Big 12 running back David Montgomery promises to be a handful.
INSIDE THE NUMBERS
Ohio State, by beating Rutgers this week, would become the second FBS program to reach 900 wins. The Buckeyes are 899-324-53 in 129 seasons. Michigan is first, with 943 wins in 139 seasons. ... Jonathan Taylor became the 17th Wisconsin player to rush for 2,000 yards in a career. Taylor did it against Western Kentucky, his 15th career game. Ron Dayne is the only Badger to hit the milestone in fewer games (13). ... Indiana senior safety Jonathan Crawford had his fifth multi-takeaway game, with a forced fumble and interception return for a touchdown against Florida International. The pick-six was the Hoosiers' first since it played FIU in 2016. ... Northwestern didn't commit a turnover or allow a sack against Purdue, the first time the Wildcats accomplished that feat since Sept. 5, 2015 against Stanford. ... Purdue TD Cole Herdman had his streak of 29 straight games with a reception end against Northwestern. ... Maryland freshman WR Jeshaun Jones scored TDs the first three times he touched the ball, matching a feat last achieved by Oregon QB Marcus Mariota in 2012. ... Minnesota's 38-point win over New Mexico State was the largest margin of victory for the Gophers at TCF Bank Stadium, which opened in 2009.
LONG SHOT
Pittsburgh, 9-point underdog at home to Penn State
The teams have split the last two meetings, and anything could happen in this game after the Nittany Lions needed overtime to beat Appalachian State. The Panthers ruined then-No. 2 Miami's playoff hopes last year at Heinz Field and would love nothing more than to deliver a major early-season blow to their cross-state rival. Pitt's easy win over Albany doesn't mean much, but the Panthers were sharp offensively and will be a good test for a Penn State defense that has a lot to prove.
PLAYER TO WATCH
Michigan State RB L.J. Scott
Scott is the key to the Spartans' run game, which got off to a slow start against Utah State last week. Scott rushed for 84 hard-earned yards against a defense that allowed more than 250 on the ground in four games last year. The Spartans will be on the road against an Arizona State defense that limited UTSA to 65 rushing yards when losses from nine sacks aren't considered. The Spartans have high hopes for this season, and they're going to need more from their offensive line and Scott.
___
For more AP college football coverage: http://collegefootball.ap.org and https://twitter.com/AP_Top25