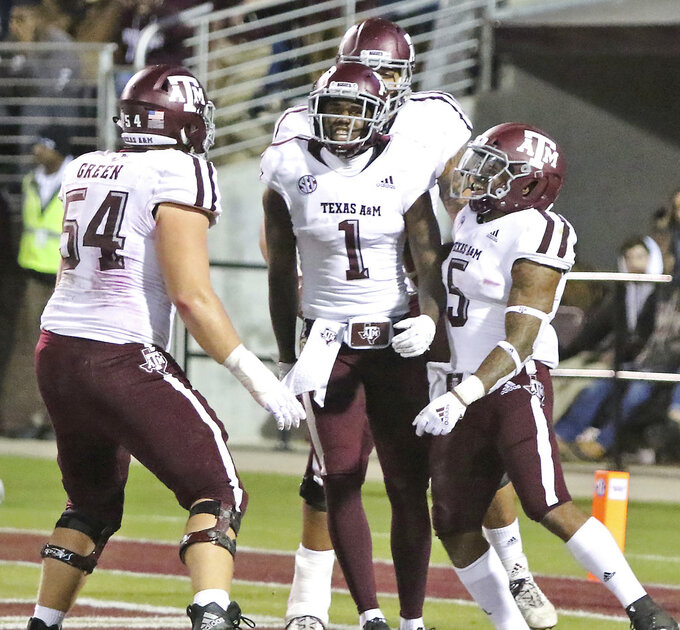 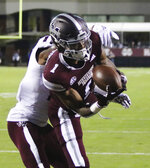 STARKVILLE, Miss. (AP) — One week after arguably the worst game of his college career, Nick Fitzgerald made throws that had a little extra zip to them. The decisions were a little quicker. The running had more purpose.

In short, Mississippi State's quarterback had his mojo back.

And the Bulldogs responded with an impressive upset win.

Fitzgerald threw for 241 yards and two touchdowns and ran for two more scores to lead the Bulldogs over No. 16 Texas A&M 28-13 on Saturday night.

The victory by Mississippi State (5-3, 2-3 Southeastern Conference) can be attributed largely to an unexpected boost from its passing game, which was among the least productive in the SEC coming into the night. One game after throwing four interceptions in a miserable loss to LSU, Fitzgerald completed 14 of 22 passes, including several big gains that swung the game in favor of the Bulldogs.

"I'm happy for every single person in our program, but I'm most happy for that kid, because he deserves it," Mississippi State coach Joe Moorhead said. "That's the way we expect Fitzgerald to play."

The biggest offensive moment was an 84-yard strike to Stephen Guidry on third-and-21 that set up a 1-yard touchdown run by Fitzgerald and gave the Bulldogs a 21-13 lead early in the fourth quarter.

Moorhead and Fitzgerald said the passing game's revival was something that had to happen if the Bulldogs were going to remain competitive in the SEC. The LSU loss might have looked hideous, but there was no sense in letting the same game beat the program twice.

At least for one week, mission accomplished.

Mississippi State's defense was excellent as it's been all season, and Erroll Thompson's interception in the end zone with 2:36 remaining — along with Fitzgerald's 76-yard touchdown run on the ensuing drive — sealed the victory.

Texas A&M (5-3, 3-2) had its three-game winning streak snapped. Kellen Mond completed 23 of 46 passes for 232 yards, one touchdown and one interception. The Aggies had just 61 yards rushing.

Mississippi State's surprising ability to throw the ball started on the opening drive. Fitzgerald completed 6 of 7 passes for 59 yards, including a 25-yard touchdown to Stephen Guidry for a 7-0 lead. It was the team's first passing touchdown in more than four SEC games.

Texas A&M rallied to take a 10-7 lead into halftime but didn't score a touchdown in the second half. The Aggies might have had more success in the first half, but several dropped passes hurt promising drives.

"We had anywhere from seven to 10 drops off the top of my head and you just can't do that," Texas A&M coach Jimbo Fisher said. "It changes the whole dynamic of what you can do. It has a cumulative effect."

Texas A&M had some good moments but was rarely able to hit on the big plays that could have turned the momentum. Mond missed on a few long throws and the receivers had several drops. Trayveon Williams, who came into the game with 798 yards rushing, had just 26 yards on the ground. The Aggies' defense played OK but couldn't get off the field on third down.

"We gave up a lot of big plays," Fisher said. "And a lot of them were on third down."

It was a huge game for Mississippi State's offense, which looked completely overmatched against LSU. If the Bulldogs are able to pass like this the rest of the season, there could be several more wins remaining on the schedule.

There's no doubt Texas A&M's loss will send it tumbling in the polls. The Aggies' first two losses — to No. 1 Alabama and No. 2 Clemson — were certainly understandable. Losing by more than two touchdowns to Mississippi State is a little more of an eye-opener.