No. 1 Clemson looks for 20th straight win against Tar Heels 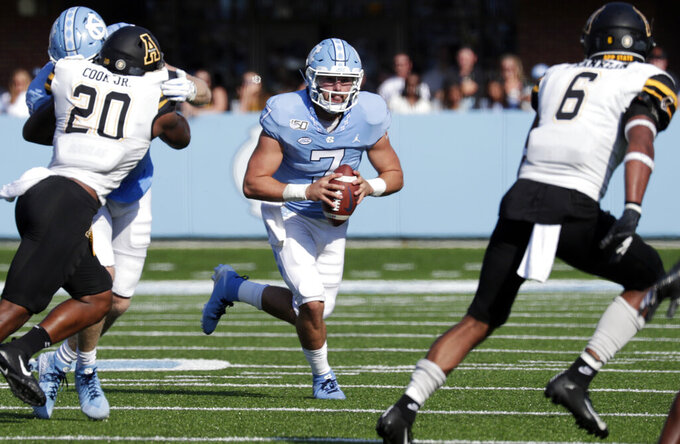 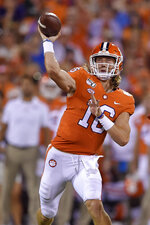 Clemson is seeking its 20th straight victory, adding on to a school record it set two games ago by beating Syracuse. North Carolina is looking to avoid a three-game losing streak after dropping games to Wake Forest and Appalachian State.

Clemson QB Trevor Lawrence vs. North Carolina secondary: Lawrence played little more than a quarter in last week's 52-10 win over Charlotte and has looked shaky at times. But Lawrence is still averaging better than 230 yards a game through the air and has way too many top-flight players like receivers Tee Higgins and Justyn Ross and tailback Travis Etienne. North Carolina is seventh in the ACC in pass defense and played strongly against Appalachian State despite losing 34-31.

Clemson: LB Isaiah Simmons is the Tigers' Swiss Army Knife this season with his speed, length and knowledge of the game. He is able to flash to the quarterback from several yards away to create pressure and can sweep from side to side to stuff opponents.

North Carolina: QB Sam Howell has given first-year coach Mack Brown a bonafide talent to build his new program around. Howell has thrown for 1,024 yards this season and is fourth in the ACC in passing yards and total offense.