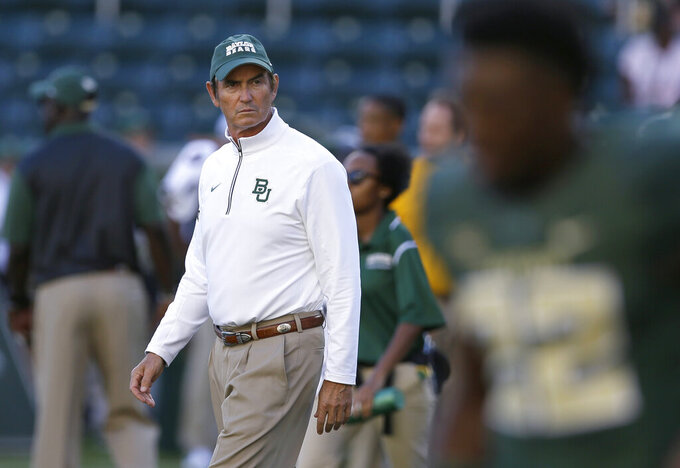 The hiring of Briles by the Mount Vernon Independent School District was surprising to many. On the latest edition of the AP Top 25 College Football Podcast, Chuck Carlton of The Dallas Morning News joins AP's Ralph Russo to discuss Briles' return.

The coach was fired three years ago by Baylor amid a sexual assault scandal that also led to the departures of the athletic director and university president. Carlton talks about what went into Mount Vernon's decision and why the school decided to make a move that will draw scrutiny and criticism.