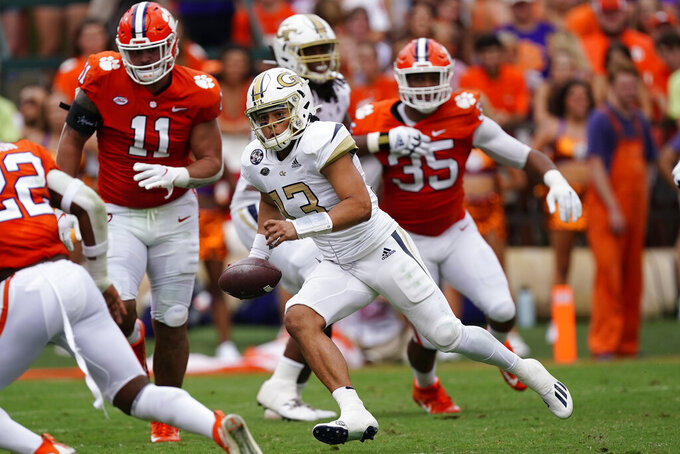 CLEMSON, S.C. (AP) — Clemson has lost starting defensive tackle Bryan Bresee for the rest of the season after the sophomore tore an ACL in the overtime loss at North Carolina State on Saturday.

Bresee is a 6-foot-5, 300-pound lineman from Damascus, Maryland. He was one fo the nation's top recruits when he signed at Clemson and was the Atlantic Coast Conference defensive rookie of the year.

Swinney also said starting tailback Will Shipley will miss three-to-four weeks with a leg injury. Shipley is a freshman who had risen to take over for NFL first-round and ACC career rushing leader Travis Etienne.

Bresee's loss means the Tigers will play without their two starting defensive tackles for a while. Tyler Davis is out for as much as two months with a torn bicep.

Swinney said Bresee expects to be full go by the middle of next year.

“Don’t have any doubt when we get him back out there and see him again that he’ll be better than ever,” Swinney said.

Clemson linebacker James Skalski was also went to the sidelines right before halftime in the Wolfpack's 27-21 double-overtime victory. But Swinney said Skalski, a sixth year senior, should be fine going forward.

Clemson fell from ninth in the rankings to No. 25.