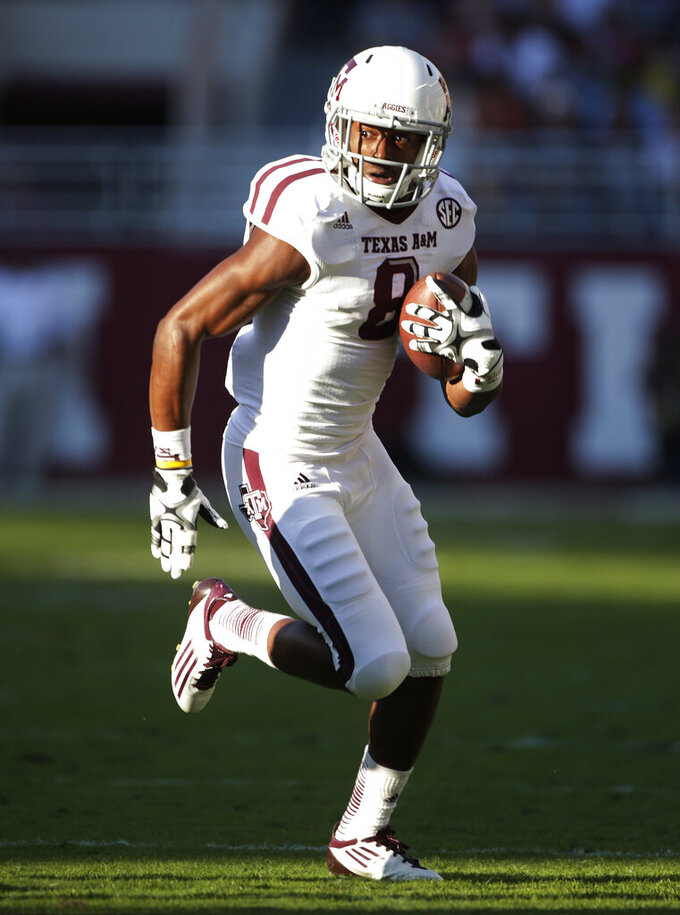 FILE - In this Nov. 10, 2012, file photo, Texas A&M wide receiver Thomas Johnson (8) carries for extra yardage after a reception during the first half of an NCAA college football game against Alabama in Tuscaloosa, Ala. The former Texas A&M football player has arrived in court to be tried for the killing of a jogger police say was hacked to death with a machete in 2015. Johnson's murder trial began Monday, April 29, 2019, after years of litigation over whether the 25-year old former wide receiver is mentally competent to be tried for the killing of David Stevens. (AP Photo/Dave Martin, File) 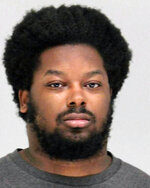 DALLAS (AP) — David Stevens was out for his usual morning run in October of 2015 when he passed under a bridge on a Dallas jogging path. There, prosecutors say, he was accosted and hacked to death by a former Texas A&M football player wielding a machete.

That player, Thomas Johnson, went on trial Monday, with prosecutors showing the jury photographs of what they say the former wide receiver did to Stevens' body. An official with the Dallas County Medical Examiner's office said no one could have survived the wounds, according to CBS 11 News.

Johnson is accused of waiting on the White Rock Creek Trail in East Dallas four years ago and attacking Stevens when the 53-year-old mechanical engineer ran by. Now 25, Johnson appeared in court after years of litigation over whether he is mentally competent to be tried for the seemingly random killing.

Prosecutors have said that Johnson called police moments after the killing and confessed, and they added Monday that DNA evidence also points to his guilt. But Johnson's murder trial will likely focus more on the 25-year-old's state of mind at the time than on whether he took Stevens' life.

Johnson pleaded not guilty and his lawyers have said in court filings that they will present an insanity defense.

A Dallas native, Johnson played football for Texas A&M in 2012 until he disappeared mid-season and turned up days later at his family's home.

Johnson's relatives said he was diagnosed with schizophrenia before the attack. In 2016, a judge ruled him not competent to stand trial and had him committed to a psychiatric hospital.

Court records show that Johnson was deemed fit for trial in June following a report on his mental state from the hospital.

Stevens horrific 2015 death careened into further tragedy weeks later when his wife of 25 years took her own life. Before her suicide, Patti Smith told the Dallas Morning News that she hadn't been sleeping or eating since her husband's death.