Manziel gets first CFL win in Alouettes' victory over Argos 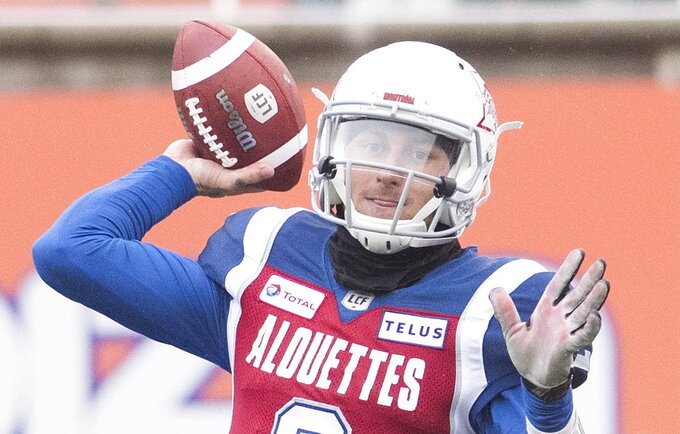 The Heisman Trophy winner threw a touchdown pass to help the Montreal Alouettes beat the Toronto Argonauts 40-10 on Sunday.

Manziel had lost his six previous games with Montreal.

"I'm damn excited," Manziel said. "It was a good win for our team. But finally to get the first win out of the way, and to do it at the end of the season where I feel we're building into something, this season into the next season, it's what we wanted to do. . . No matter how cold, how bad the weather was, today was fun."

Manziel was 7 of 14 for 139 yards and ran three times for 35 yards, all in the first half. He threw a 42-yard scoring pass to Will Stanback in the first quarter. Antonio Pipkin took over for Manziel in the second half.

Montreal (4-13) will finish the season next week at Hamilton.