No. 17 Houston a heavy favorite at Temple 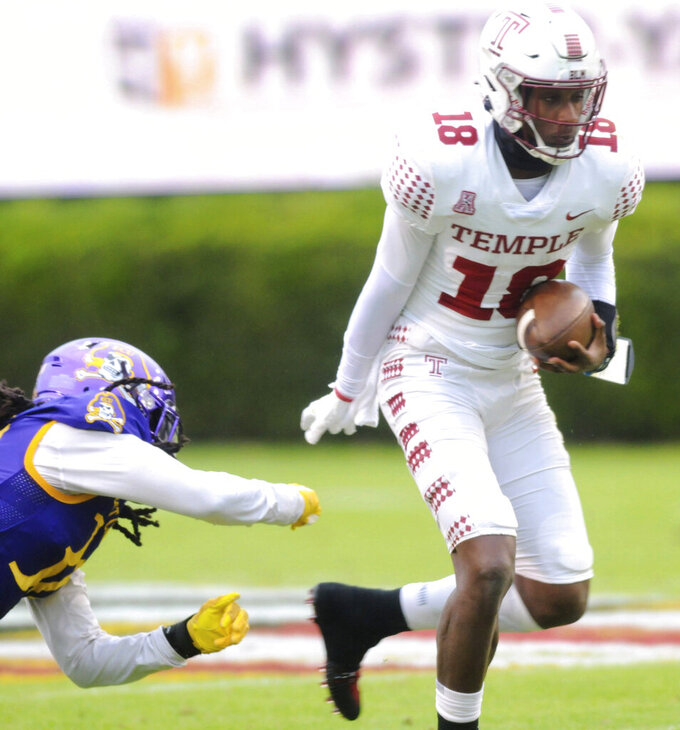 Line: Houston by 24 1/2, according to FanDuel Sportsbook.

Houston can win its ninth straight game and clinch a berth in the American Athletic Conference championship game against No. 2 Cincinnati on Dec. 4. A win could also move the Cougars into the College Football Playoff rankings next week for the first time this season.

Houston running backs Ta’Zhawn Henry and Alton McCaskill both were able to rush for over 100 yards in last Saturday’s 54-42 win over USF. This week, they are matched up against a Temple rush defense that has allowed 221.4 yards per game - eighth worst in the FBS entering the week.

Houston: QB Clayton Tune has thrown for 797 yards and seven touchdowns while completing 76.1 percent of his passes over the last two weeks. Tune has not thrown an interception since Oct. 1.

Temple: WR Randal Jones has been the only wide receiver in the American Conference this season with multiple touchdown receptions of 70 or more yards. His 398 yards receiving lead all Temple receivers despite having missed two games.

Houston WR Nathaniel Dell has 56 catches for 839 yards and eight touchdowns. ... Last week was the first time that Houston had two 100-yard rushers (Henry and McCaskill) and two 100-yard receivers (Dell and KeShawn Carter) in the same game in program history. ... Houston has dominated the first quarter this year, outscoring opponents 116-38 in nine games. Conversely, Temple has been outscored in the first quarter by a 74-7 margin. ... Houston has won all four road games this season by 12 points or more.