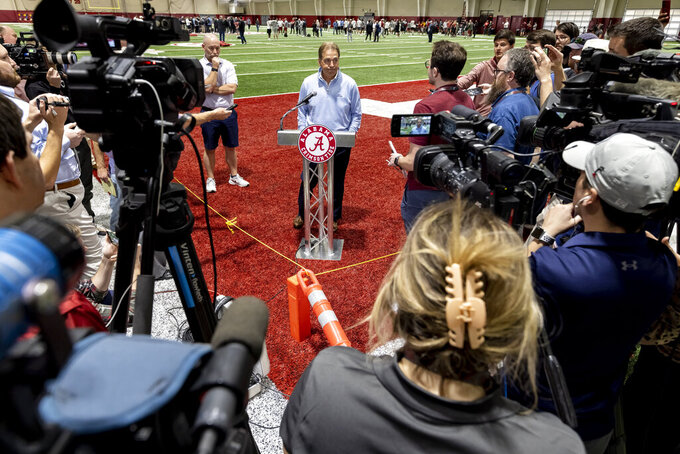 TUSCALOOSA, Ala. (AP) — Alabama wide receiver Agiye Hall has been suspended and is no longer listed on the roster.

“Everyone has a responsiblity and obligation to respect the principles and values and do what they need to do,” Saban said. “They're all there to help them be successful.”

Hall was a four-star recruit coming out of high school and had four catches for 72 yards as a freshman.

Saban didn't indicate if there was a clear path for Hall to be reinstated, noting that he had already been given a second chance from a previous suspension.

“I don’t know what his plans are for the future," Saban said.