Texas, Washington set to square off in Alamo Bowl 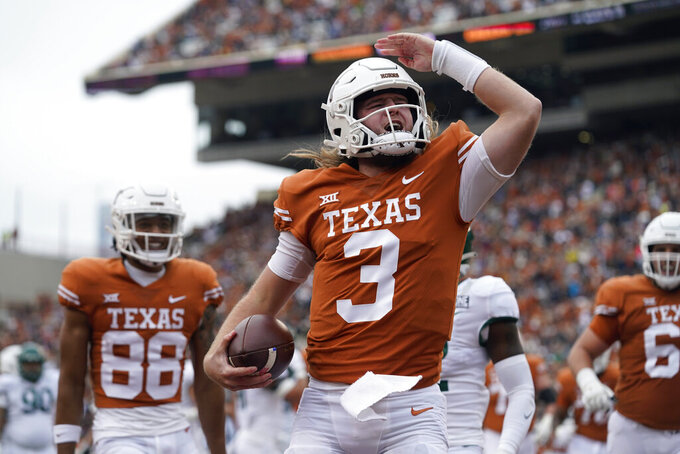 Texas quarterback Quinn Ewers (3) celebrates after scoring a touchdown against Baylor during the first half of an NCAA college football game in Austin, Texas, Friday, Nov. 25, 2022. (AP Photo/Eric Gay)

Texas: The Longhorns have won three of their last four games, including a 34-27 win at eventual Big 12 champion Kansas State on Nov. 5. Three of Texas' defeats were to ranked opponents by a total of 11 points.

Washington: The Huskies won their final six games of the regular season heading into their first bowl game since 2019.

Texas: The Longhorns are 31-24-3 in bowl games. It's Texas' sixth time in the Alamo Bowl, where it has won four of its previous five meetings.

Washington: The Huskies are making their second Alamo Bowl appearance, the other a wild 67-56 loss to Baylor in 2011. Washington is 19-20-1 in bowls.