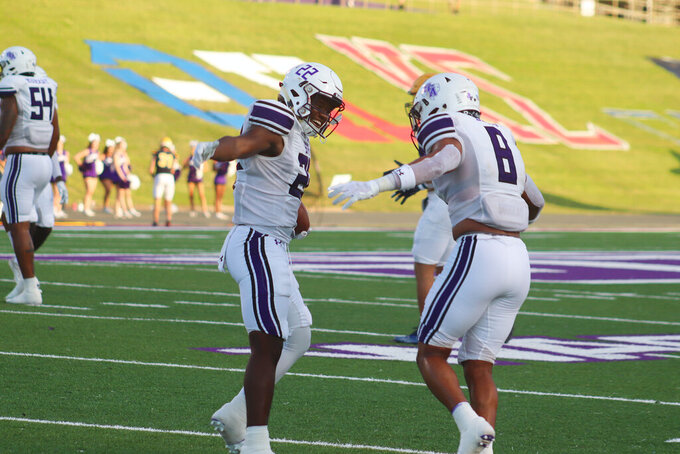 Two days after his Warner University football team lost 98-0 to Stephen F. Austin in one of the most lopsided games of all time, Dialleo Burks channeled his inner P.T. Barnum.

Like the 19th-century circus impresario once said, there's no such thing as bad publicity. It was in that vein that Burks recalled a conversation he had last week with the production manager for the ESPN+ streaming service that carried Saturday's blowout.

“Nobody knows about Warner, but they’re going to know about you after this game,” Burks said Monday, quoting the production manager. “He didn’t say we were going to get beat 98-0 or we would come out victorious. He said people would know about Warner. Now there's a chance for people to see what we're doing, and you can take that from a good side or a bad side. I know how we’re looking at it.”

Burks is in his first season at the small Christian school in Lake Wales, Florida, and he sees the high-profile loss as a building block for his program and a lesson for his 121 players.

Ordinarily, the game would have never been played between the Lumberjacks, who play in the Football Championship Subdivision, the college game's second-highest level, and the Royals, who are in the National Association of Intercollegiate Athletics, the lowest tier.

A late change in the membership of the rebooted Western Athletic Conference left Stephen F. Austin and other WAC teams scrambling for games. Warner needed one game to fill out its schedule.

The schools signed the contract in July. SFA paid Warner a $75,000 guarantee for traveling to Nacogdoches, Texas, as well as a $11,250 hotel stipend and 90 postgame meals.

No one expected a fair fight, and it wasn't.

SFA's roster lists nine transfers from the top-tier Bowl Subdivision, including six from Power Five schools, and the Lumberjacks started eight seniors on offense and seven on defense. Warner started nine freshmen on offense and nine more on defense.

The Royals had to contend with four 300-pounders on SFA’s offensive line, including 6-7, 341-pound Terrin Robinson, and the Lumberjacks’ all-time leading receiver in Xavier Gipson.

SFA's 59 points at half and 98 for the game were the most in WAC history, dating to the league's first iteration in 1962.

SFA scored two touchdowns on fumble recoveries. An interception and another fumble recovery set up TD drives of 18 and 15 yards. The Lumberjacks outgained Warner 599-141 in yardage, and the teams agreed to play 12-minute third and fourth quarters instead of 15.

“Got out of hand a little bit there," SFA coach Colby Carthel said. “It’s just a lot of turnovers, a lot of big plays, and so a lot of points ended up on the board.”

Carthel said he didn't want to score the final touchdown, but his message to chew clock and sit on the ball apparently didn't reach his players. He tried to apologize to Burks during the postgame handshake. Burks said that wasn't necessary.

Burks said he doesn't think his team was demoralized.

“You look at it, whoa, 98-0,” he said. "But if you are a true football player and a real competitor, what’s the difference between that and losing 28-27 on a last-second field goal?

“I get it. I’ve never, ever lost like that in anything," Burks said. "For our guys to battle through that game, from top to bottom, where they didn’t quit, they continued to play hard, revealed a lot of character.”