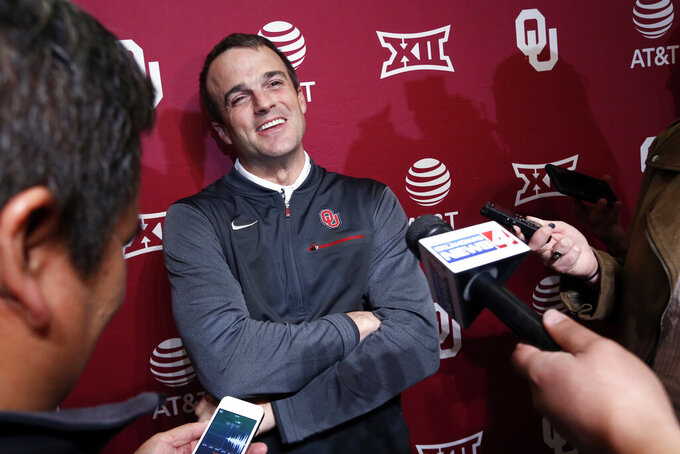 Beamer, 43, was named to replace fired Will Muschamp earlier this month. Beamer's contract was approved by the South Carolina Board of Trustees on Tuesday.

Beamer will make $2.75 million per season with a base salary of $1.1 million and guaranteed compensation of $1.65 million from outside rights holders.

The first-time head coach can achieve several bonuses depending on the team's play ranging from $200,000 for reaching the Southeastern Conference title game to $1 million for winning the national championship.

The university would owe Beamer 65% of his annual salary — some $1.78 million — for each year remaining on the contract should it terminate the deal without cause.

Beamer would also owe the school should he choose to leave before the end of the deal, paying $7 million if he goes in the next year with the amount reduced by $1 million per season over the contract's length.

South Carolina owes Muschamp close to $16 million on the buyout of his contract, which had three years remaining when he was dismissed in November.

Beamer was an assistant at Oklahoma the past three seasons and is with the Sooners preparing for the Big 12 Championship game this week.

Beamer is expected to return to South Carolina soon after and to be with the team should the Gamecocks play in a bowl game.

The Gamecocks finished 2-8 in the all-SEC season, losing six straight games to end the season.

Beamer, the son of ex-longtime Virginia Tech coach Frank Beamer, had been a South Carolina assistant under Steve Spurrier from 2007-10. The Gamecocks won their only SEC East Division title in 2010, Beamer's final year on staff.