After 3 bowl wins, Wake looks to take next step forward 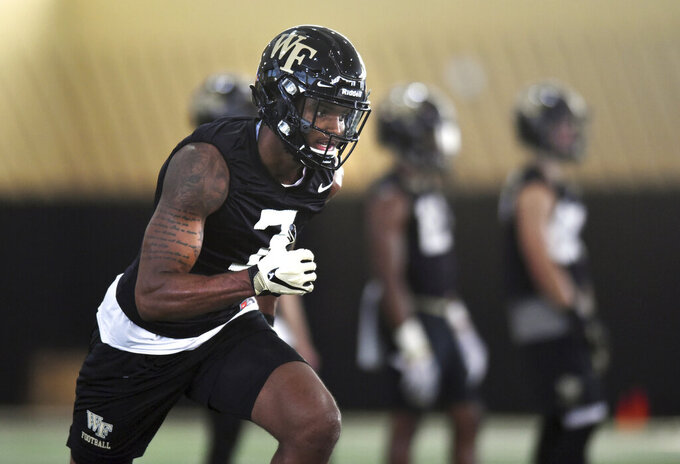 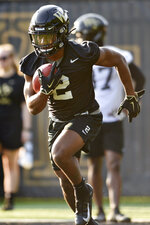 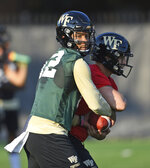 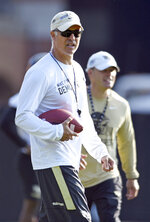 Those back-to-back 3-9 seasons are a distant memory at Wake Forest, replaced by a program-first three straight bowl victories.

As far as the Demon Deacons have come under Dave Clawson, the sixth-year coach says there's still plenty of room for improvement.

"It's been a really rewarding five years," Clawson said, "but I don't think that we've reached our peak."

The next step for Wake Forest is to find a way to contend in an Atlantic Division dominated by reigning national champion Clemson.

But their best record in Atlantic Coast Conference play under him was a 4-4 finish in 2017. They haven't finished above .500 in league play since 2011.

Despite modest preseason projections — for the second straight year, they were picked to finish sixth in the seven-team division — they just might have the personnel and the schedule to accomplish it this year.

Wake Forest enters a second straight season with a quarterback controversy, but — unlike last year when the Demon Deacons had virtually no returning experience at the position — the two candidates have shown Clawson they can win.

Sam Hartman started the first nine games of 2018 as a first-year freshman, completing 55 percent of his passes for 1,984 yards and 16 touchdowns before suffering a season-ending leg injury. Jamie Newman took over and led them to a road upset at North Carolina State and a Birmingham Bowl victory over Memphis while throwing for nine TDs and completing nearly 60 percent of his throws.

"I would certainly rather be in this position than the position a year ago," Clawson said. "I think the good thing is, we have two quarterbacks who have proven they can win games in the ACC, win games at Wake Forest. It's a good problem."

Some other things to watch for during the upcoming Wake Forest season:

The biggest hole on Wake Forest's offensive depth chart is at slot receiver, after Greg Dortch left for the NFL following his redshirt sophomore season. Keep an eye on Jaquarii Robinson, who caught two passes in the bowl game and is four inches taller than the 5-foot-9 Dortch. Another option could be Kendall Hinton, a former starting quarterback with explosive speed who returned for his redshirt senior season and is focusing exclusively on playing receiver.

The Demon Deacons could get off to a fast start — if they can get past Utah State in the opener. They trade Coastal Division champion Pittsburgh for rebuilding Virginia Tech as their rotating crossover opponent, and they play an early nonconference game against a North Carolina team that's breaking in new/old coach Mack Brown and is coming off consecutive last-place finishes in the Coastal.

The games against marquee programs Clemson (Nov. 16) and Florida State (Oct. 19) always draw attention, and so will Wake Forest's first game against the Tar Heels since 2015 — even though that matchup on Friday, Sept. 13 won't count in the ACC standings. That opener against the Aggies could be a springboard to a big year, or derail what could be a special season.