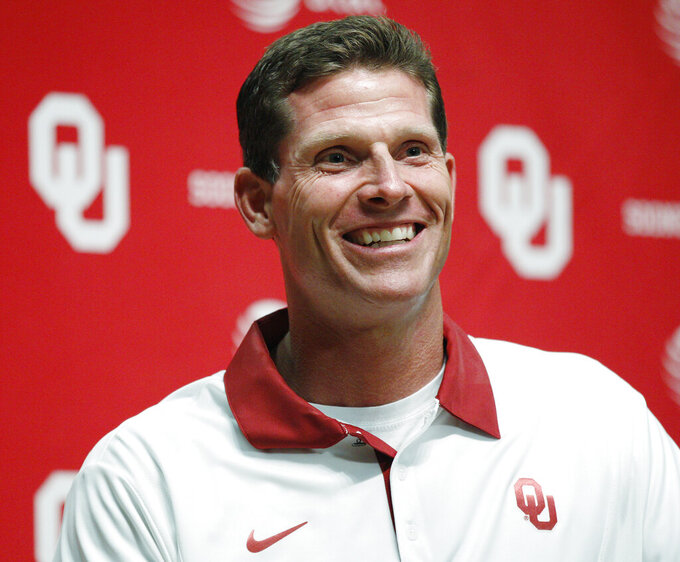 Venables will be introduced Monday morning on the campus in Norman, the school said.

“He knows the formula to win national championships and has the toughness, the attitude and the fight that I think will elevate our program in a lot of positive ways,” said Stoops, who has been serving as interim coach since Riley's surprising departure last week for Southern California. “I’ve always loved his energy, excitement and passion for the game — it clearly spills over to his players.”

Venables, who will be a head coach for the first time, said in a statement he's excited to add to the history of a program that's won seven national titles and had seven Heisman Trophy winners. He also said he's embracing the Sooners’ eventual move to the Southeastern Conference, which is set for 2025.

“There’s no question we are equipped to compete at the very highest level and attract the best players from across the country,” he said. “The OU logo has never been stronger.”

Oklahoma was caught off guard when Riley took the job at USC. Stoops took over on an interim basis to calm things down during recruiting.

Venables quickly emerged as a fan favorite for the job. Many had hoped the Sooners could lure him back from Clemson as defensive coordinator after the Sooners fired coordinator Mike Stoops in 2018. The Sooners chose Alex Grinch, who left to join Riley at USC.

Venables' first concerns will be to prevent players from transferring and salvage as much of the recruiting class as possible. Several players announced their intentions to enter the transfer portal after Riley’s decision, including quarterback Spencer Rattler. Numerous recruits decommitted, including Malachi Nelson — a five-star quarterback who now says he is heading to USC.

Riley set the bar high. He went 55-10 in five seasons with the Sooners and led them to three College Football Playoff appearances. Quarterbacks Baker Mayfield and Kyler Murray both won Heisman trophies and were No. 1 overall picks in the NFL draft.

The Sooners went 10-2 this season and fell just short of competing for what would have been a seventh consecutive Big 12 title. They lost their regular-season finale 37-33 to Oklahoma State.

“There is no doubt in my mind he is the right man to lead OU football into its next great era,” Castiglione said in a statement. “We couldn’t be more excited for Brent to return to OU as our head coach.”