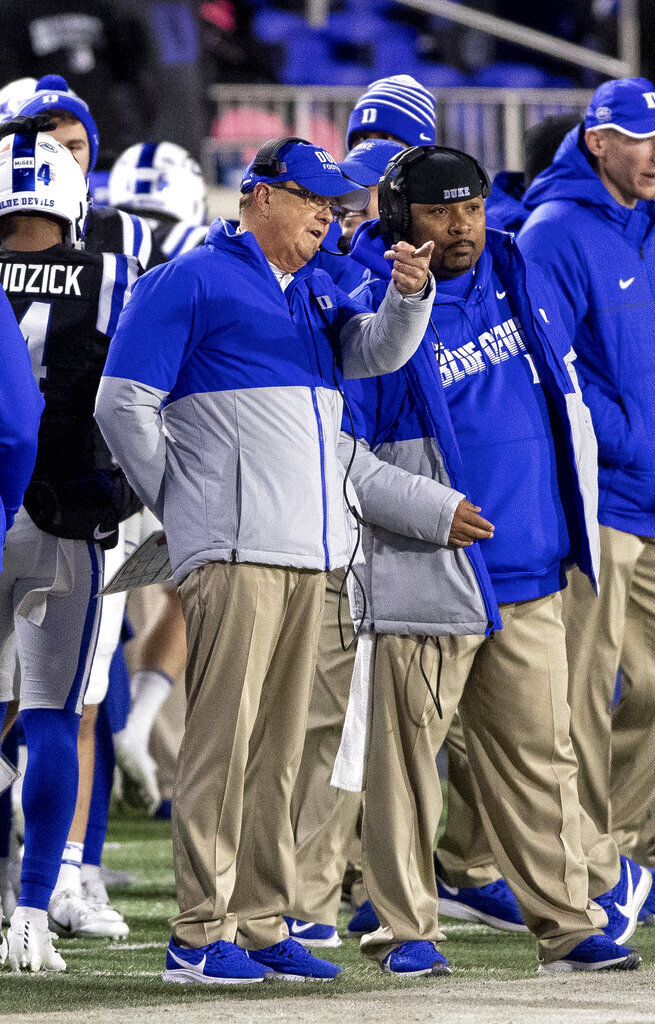 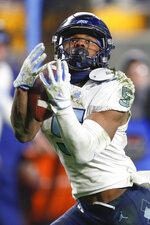 Pittsburgh at No. 25 Virginia Tech. That cloudy picture in the Coastal Division should get much clearer when the Panthers (7-3, 4-2) visit the surging Hokies (7-3, 4-2) in a meeting of teams that remain in the hunt for an ACC championship game berth along with Virginia. Virginia Tech will win the division with victories over Pitt and the Cavaliers next week, while the Panthers need two wins and some help to earn a repeat trip to Charlotte. A Virginia win over the Hokies gives the division crown to the Cavaliers.

Syracuse’s defense vs. Louisville’s offense. The Orange (4-6, 1-5) saw immediate results upon firing defensive coordinator Brian Ward and making Steve Stanard his interim replacement. Two weeks after allowing 691 total yards and 58 points to Boston College, Syracuse held slumping Duke out of the end zone and to 279 yards in a 49-6 rout. Now comes a visit to Louisville to face the Cardinals’ big-play offense, which has produced a league-best 33 players of at least 30 yards and has six 400-yard games.

The scoreboard operator at Clemson gets a much-deserved break this week. The third-ranked Tigers have tied an ACC record by scoring at least 45 points in six consecutive games. The Jameis Winston-led 2013 Florida State team is the only other conference team to do that. The Tigers also have won their last six games by at least 30 points, and joined Army in 1944 and Nebraska in 1972 as the only teams in the Associated Press poll era with four straight wins by 45 or more points.

Maybe Duke will get things back on track at injury-riddled rival Wake Forest. The Blue Devils (4-6, 2-4) — 6½-point underdogs — have lost four straight, the last two by a combined score of 87-13, and need to win their final two games to assure themselves of bowl eligibility for the third straight year. The key numbers: Duke is 4-0 when gaining at least 350 total yards, and is 4-1 when it has two or fewer turnovers but 0-5 when giving it away three or more times with 22 of its 24 turnovers coming in its six losses.

Look for North Carolina WR Dazz Newsome to put up some big numbers when the Tar Heels play host to Mercer of the FCS. Newsome is coming off a career night with 11 catches, 170 yards receiving and a touchdown in the loss at Pitt. Newsome has at least 100 yards receiving in three of his last four games.

(This version fixes a typo in Mercer’s classification, correcting that the Bears are in the FCS.)