All-America OL Patterson questionable for Irish at No. 2 OSU 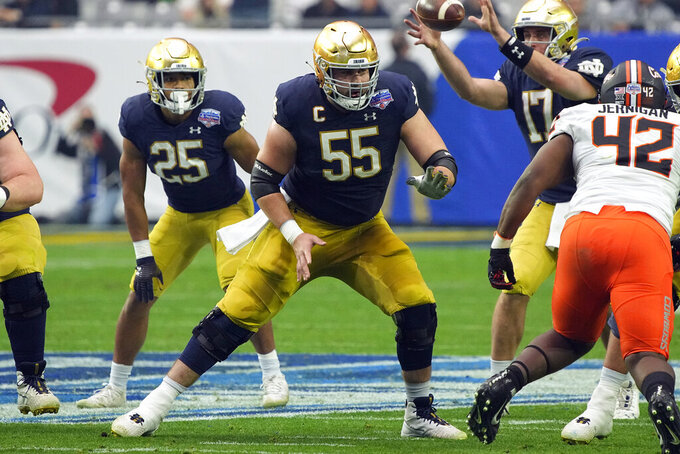 Patterson has been dealing with an injury to his right foot for about two weeks. Freeman said he did expect the fifth-year senior to practice this week.

“We’ll see as we get closer to game-time where he'll be, but I would say he’s questionable right now,” Freeman said.

Patterson was one of the best centers in the country last year for Notre Dame and a preseason All-American. He was listed as the starter at left guard on the Irish's first depth chart of the season, released Monday.

Patterson's injury gave Zeke Correll an opportunity to earn the start at center.

Linebacker Marist Liufau, who missed all of last season with a broken leg that required surgery, is listed as a starter. Liufau was limited at times during preseason practice, but Freeman said the senior was ready to go.

“I don’t expect any limitations on Marist Liufau,” Freeman said.

The Irish are more than a two-touchdown underdog at Ohio State on Saturday.