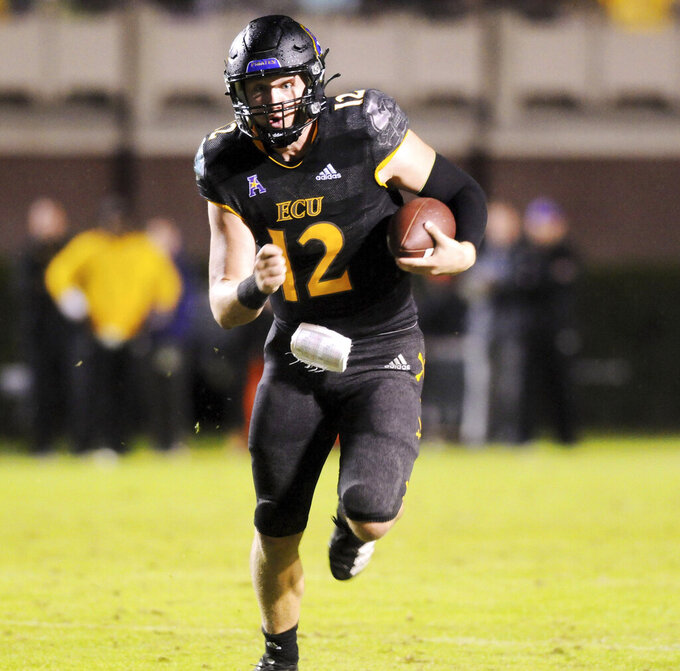 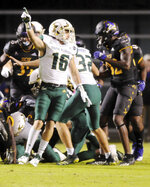 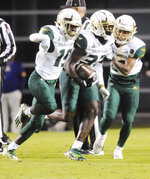 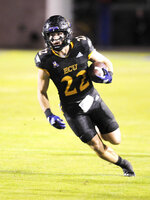 GREENVILLE, N.C. (AP) — Holton Ahlers passed for 220 yards and began a second-half comeback with a touchdown pass to Audie Omotosho as East Carolina rallied past South Florida 29-14 on a wet Thursday night.

The 17-yard touchdown pass brought ECU within a point, 14-13. A second possession ended with three Ahler passes either broken up or hurried in or near the end zone, and a 39-yard field goal attempt on fourth down was wide in driving rain.

However, two plays later the Pirates took a 19-14 lead when Malik Fleming jumped a route and intercepted USF's Katravis Marsh, returning it 31 yards for the go-ahead touchdown. The Pirates scored a third unanswered touchdown with Keaton Mitchell's 25-yard burst early in the fourth quarter and added a 37-yard Owen Daffler field goal.

During the game ECU converted on five of six fourth-down plays. Rahjai Harris carried 22 times for a season-high 100 yards.

Turnovers were a factor as ECU fumbled four times before halftime, losing three, while USF fumbled once and threw three interceptions in the second half to end drives.

USF's Kelly Joiner had an apparent 54-yard touchdown run called back by a holding penalty but gained 103 yards, his fourth career 100-yard game and second in as many weeks.

The Bulls gained 130 rushing yards in the first half, 69 in the second.