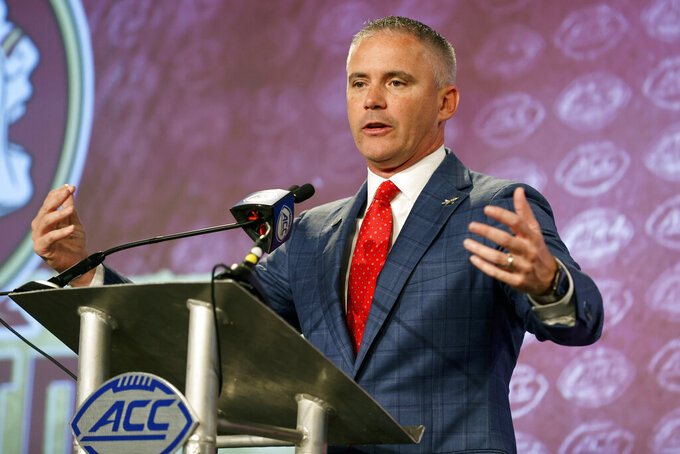 Florida State looks to open a season with a victory for the first time since 2016. The Seminoles welcome 14 transfers to what was one of the nation’s youngest teams under Mike Norvell the last two seasons. Florida State is seeking to build momentum going into a Sept. 4 showdown with LSU in New Orleans. Duquesne will earn $400,000 for the game in Tallahassee.

Florida State: Linebacker Tatum Bethune had 108 tackles, two sacks and two interceptions in 2021 at UCF before transferring to Florida State. Bethune elevates a linebacking corps that has struggled in recent years.

Duquesne: Senior nose tackle Maxi Hradecny, who is from Vienna, Austria, is a two-time all-conference player. The 6-foot-2, 315-pound Hradecny had four sacks in 2021.

This is the Seminoles’ earliest home game in program history and earliest opener since Aug. 24, 2002, against Iowa State in Kansas City. … Coach Jerry Schmitt has led Duquesne to 11 conference titles in 18 seasons at the school … The Dukes were picked to finish second in the NEC preseason coaches poll … Florida State has scored on 34 straight red zone trips, the fifth-longest streak in the ACC dating to the 2004 season.