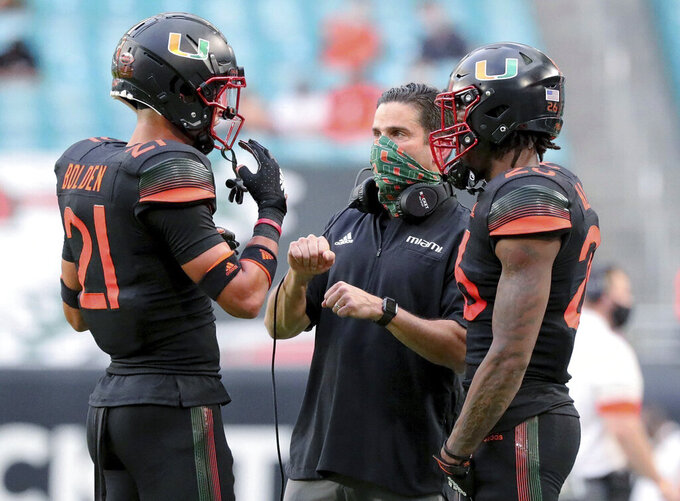 Robinson was hired Saturday as the new defensive backs coach at Miami, the first move in what is expected to be a flurry of hires on that side of the ball by the Hurricanes in the coming days. Robinson played at Auburn and spent the last decade in the SEC — coaching at Florida, Auburn and most recently South Carolina as defensive coordinator for five seasons.

He wasn’t retained by the Gamecocks when they hired Shane Beamer as their new head coach last month.

“We are excited to welcome Travaris and his family back to Miami,” Hurricanes coach Manny Diaz said. “He is a proven defensive coach and an excellent recruiter who will be an outstanding addition to our coaching staff.”

Robinson’s hire is contingent on the completion of a background check, which is standard at most schools including the University of Miami.

The Hurricanes were 67th in total defense and 51st in scoring defense out of 127 teams at the FBS level nationally this season, and the way the season finished certainly suggested changes would be coming. Miami allowed school records of 554 rushing yards and 778 total yards in a 62-26 loss to North Carolina last month in the regular-season finale — a loss that kept the Hurricanes from making the Orange Bowl — and yielded 37 more points in a Cheez-It Bowl loss to Oklahoma State.

Miami already has seen the departure of co-defensive coordinator and safeties coach Ephraim Banda this offseason; he took a job at Utah State. Safety Bubba Bolden has announced that he is not entering the NFL draft and will remain at Miami in 2021, and there are other defensive draft-eligible players who are also weighing returns to the Hurricanes.

Robinson, 39, was born in Miami and played four years of high school football at Miami Coral Park High, where he was All-State as a defensive back and wide receiver. He has also coached at Western Kentucky, Southern Mississippi and Texas Tech.