No. 10 USC looking to bounce back against Arizona after bye 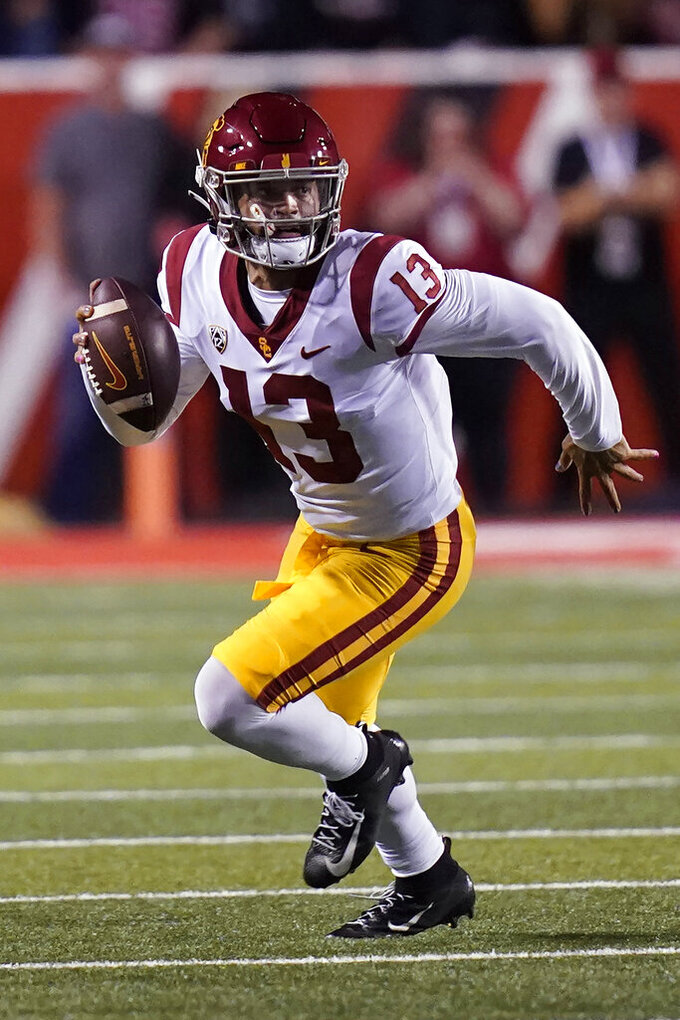 TUCSON, Ariz. (AP) — Southern California's bye could not have come at a better time.

The time off not only gave the 10th-ranked Trojans an opportunity to get healthy, it allowed them a chance to reflect and refocus after an emotional 43-42 loss to No. 14 Utah.

"They certainly present in the way that they work they believe in what we can do and can get a lot better, that this team has got some really cool opportunities in front of them," USC coach Lincoln Riley said. “Everything I have seen from them on the field, just attitude and morale, has absolutely been that.”

Those opportunities start Saturday at Arizona, when the Trojans kick off a stretch of three straight games against teams in the bottom half of the Pac-12.

USC (6-1, 4-1 Pac-12) lost a two-touchdown lead against Utah on Oct. 15 and gave up a 2-point conversion with 48 seconds left for its first loss of the season. The loss hurt, but there's still plenty on the line for the Trojans the rest of the season.

USC is second in the Pac-12 to No. 8 Oregon, so a spot in the conference title game is still within reach. There's also a potential path to the College Football Playoff if the Trojans can win out.

Arizona (3-4, 1-3) is also coming off a bye after giving up 98 combined points in losses to Oregon and Washington.

The Wildcats have been good offensively in coach Jedd Fisch's second season, but have struggled defensively. Arizona is 11th in total and scoring defense in the Pac-12, which, on paper, doesn't bode well with one of the nation's most efficient offenses heading to Arizona Stadium.

“Need to play our absolute best in this game; they’re a top-10 team in the country," Fisch said. “They do a lot of things extremely well and we recognize that.”

Two of the nation's most elusive quarterbacks will square off Saturday.

USC's Caleb Williams has been a threat with his arm and legs since following Riley from Oklahoma. He's thrown for 1,971 yards and 19 TDs with one interception, with 235 yards and two more scores rushing.

“His ability to make plays when the plays aren’t originally there is a huge part of their game," Fisch said. "When he’s on the move he’s extremely dangerous.”

Arizona's Jayden de Laura has had similar success since transferring from Washington State. He's thrown for 2,274 yards and 10 TDs with seven interceptions, and proven to be an escape artist in the pocket, extending plays with his legs.

Arizona has put up good offensive numbers this season, but those could be better if the Wildcats were better at converting in the red zone.

Riley has called linebacker Tuasivi Nomura one of the toughest players on the team.

The coach revealed that Nomura continued to play with a compound fracture in his finger in a game earlier this season.