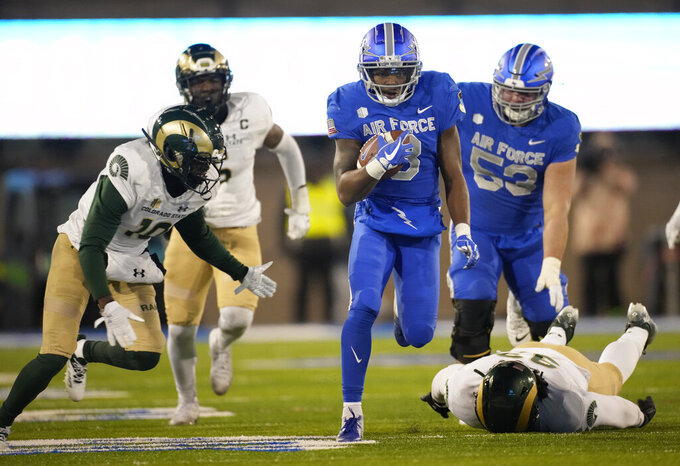 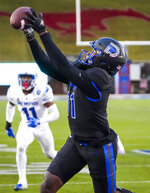 Tennessee finished the regular season as the Football Bowl Subdivision leader in total offense and scoring while Washington and Air Force were first in the other major offensive categories.

The Volunteers' 56-0 victory over Vanderbilt on Saturday left them with season averages of 538.1 yards and 47.3 points per game.

DeWayne McBride, who set the UAB single-game rushing record with 272 yards against Louisiana Tech, leads the nation in total rushing yards (1,713) and average (155.7 per game).

Western Michigan's Nick Mihalic set the school record for punts with 14 against Toledo, the most in an FBS game since Central Michigan's Jack Sheldon punted 15 times against the Rockets in 2018.

Mihalic also set the WMU career record with 242 punts, and his 71 for the season are the ninth-most in the FBS.

Temple's E.J. Warner set the national season high for pass completions when he connected on a school-record 45 of 63 attempts in a loss to East Carolina. Warner's 527 passing yards made him the first Temple quarterback to throw for more than 500 yards.

UAB's McBride had the nation's top rushing performance with his 272 yards against Louisiana Tech. Six other players had 200-yard games.

Utah turned in one of its most dominant road performances in a 63-21 win at Colorado.

The 63 points tied for the Utes' most in a road conference game since at least 2000. They had 63 at San Diego State in 2008 when they were in the Mountain West.

Utah's 662 total yards against the Buffaloes were its most in any game since 2004 and third all-time, and its 9.9 yards per play were its most against an FBS opponent since at least 2000, according to Sportradar.

It was a rare collapse for Clemson in its game against rival South Carolina. The Tigers went into the game 126-2 when leading by 14 points or more at any point in a game under 15th-year coach Dabo Swinney, according to ESPN Stats & Info.The Tigers led 14-0 in the first quarter and lost 31-30.