Syracuse-BC matchup headlines this week around the ACC 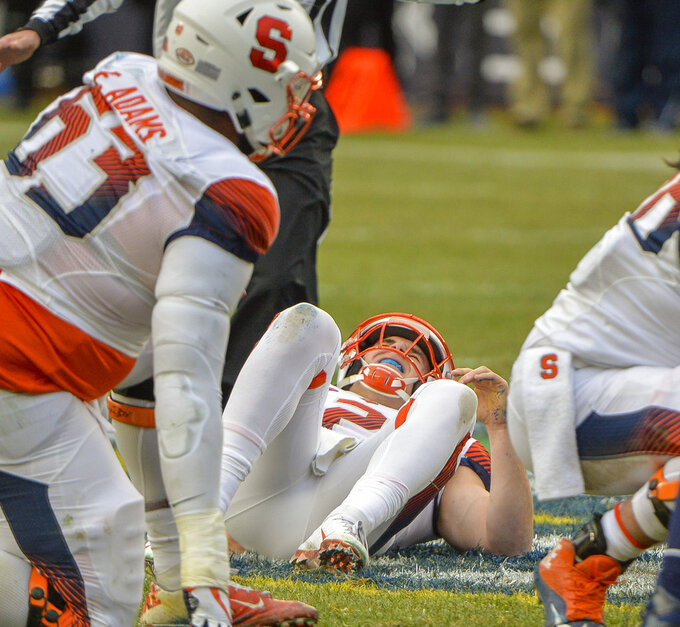 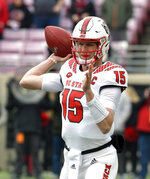 Things to watch in the Atlantic Coast Conference in Week 13:

No. 19 Syracuse at Boston College. With the ACC championship game matchup settled, the focus across the conference shifts to positioning for the bowl selection process. The Orange (8-3, 5-2, No. 20 CFP) enter the final weekend of league play having vaulted the Eagles (7-4, 4-3) in the Atlantic Division standings and own sole possession of second place, a game ahead of BC and North Carolina State. The big question for Syracuse is the healthy of QB Eric Dungey, who suffered what coach Dino Babers termed an upper-body injury during last week's loss to No. 3 Notre Dame .

Pittsburgh's rushing offense vs. Miami's run defense. The 24th-ranked Panthers (7-4, 6-1, No. 24 CFP) claimed their first ACC title game appearance — and reeled off a four-game winning streak — on the strength of their ground game, which ranks third in the league at 247.6 yards per game. The Hurricanes (6-5, 3-4) have the third-best run defense in the conference (132.8 ypg) and have held five of their last six opponents to fewer than 175 yards rushing.

Nine ACC teams are bowl eligible and three more could join them over the coming two weeks — Florida State (5-6) and Wake Forest (5-6) need to upset instate rivals Florida and Duke, while Virginia Tech (4-6) must knock off Virginia and then beat Marshall next week in a last-minute replacement game. Only two schools — Louisville and North Carolina — are assured of missing the postseason. The ACC has placed 21 teams in bowls during the past two seasons, 10 last year and 11 in 2016.

Keep an eye on Wake Forest as a 12½-point road underdog against Duke. The Demon Deacons (5-6, 2-5) need a victory to qualify for their third straight bowl. But they've had a tough time lately against their instate rivals, with the Blue Devils (7-4, 3-4) winning five of the last six meetings.

It's mildly surprising that N.C. State QB Ryan Finley had never thrown four touchdown passes in a game until he did it last week at last-place Louisville . Now, he and the Wolfpack close their conference schedule against the league's other cellar-dweller — rival North Carolina, which has allowed each of its last two opponents to throw for at least 300 yards.