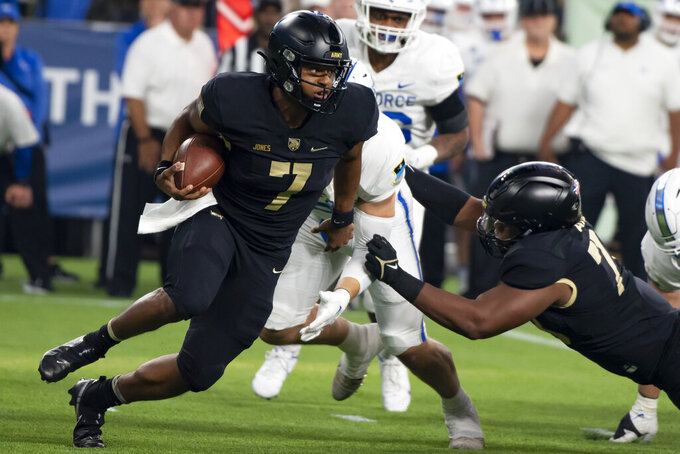 Air Force was stopped for a loss on a third-and-3 run near midfield with 1:46 left, giving Army a chance at a game-winning touchdown drive. The Black Knights converted one fourth down on the drive, but threw an interception on fourth-and-2 as Goff cut in front of Ay’Jaun Marshall along the Army sideline for his third pick of the season.

The Falcons clinched a record 21st trophy — awarded to the academy with the best record in the round-robin competition.

“It's a good place for it to be," Air Force coach Troy Calhoun said about the trophy coming back to Colorado Springs. “Now you have to earn it, it's not easy to do.”

Daniels' 17-yard touchdown early in the third quarter gave Air Force a 10-7 lead and Matthew Dapore made his second short field goal to cap the scoring with 12:06 left in the fourth.