Jeff Fisher happy to be back on sidelines at Collegiate Bowl 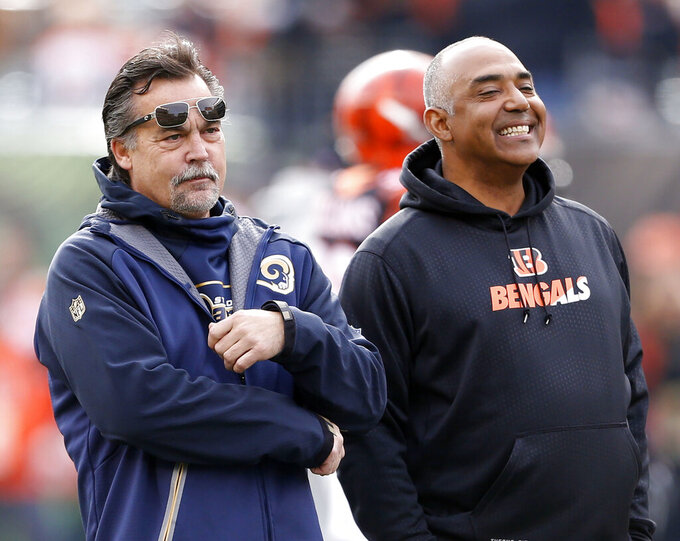 PASADENA, Calif. (AP) — Jeff Fisher says he has done enough hunting and fishing the past five years that it was time to return to the sidelines.

The former Tennessee Titans and Los Angeles Rams boss is coaching the American squad in the NFLPA Collegiate Bowl all-star game at the Rose Bowl on Saturday. The game isn't a one-off opportunity, though. The USFL has announced that Fisher will coach the Michigan Panthers when the season begins in April in Birmingham, Alabama.

“I love to coach and I've caught enough fish for a while,” Fisher said. “It's a great opportunity. It's coaching, developing young players and everything that goes on with that.”

The last time most people saw Fisher coaching was 2016 with the Rams. LA got off to a 3-1 start before dropping eight of its next nine, which resulted in Fisher's firing.

The Collegiate Bowl presents Fisher with a different dynamic compared to his days as an NFL coach and going to college all-star games. This week he is trying to give the players the best chance to succeed instead of being involved in constant evaluation.

“What you're doing at the Senior Bowl (as an NFL coach) is you are actively evaluating them because you may have a chance to select them. Here we are in a 24/7 mode of trying to help them increase their opportunities so they can find their way into an NFL locker room and making sure they are having fun,” he said.

Fisher — whose NFL coaching record was 178-171-1 over 22 seasons — will see a familiar foe on the opposite sideline in Marvin Lewis, who is coaching the National squad for the second consecutive game. Lewis' National team won the 2020 game 30-20. There was no game last year due to COVID-19.

Fisher and Lewis are also close friends. Besides having their share of memorable matchups, both were longtime members of the NFL's Competition Committee.

“He was a fine coach and and a great role model for guys like myself when I became a head coach. I respect the job that he did and obviously coaching in that division (the AFC North) like I did,” Lewis said.

The game is also a good opportunity for former NFL players to try their hand at coaching to see if that leads to a future path. Lewis has some of his former players on his staff, including offensive tackle Willie Anderson, linebacker Vontaze Burfict and safety Rod Woodson, who will be the defensive coordinator.

Fisher also has a familiar name on his sideline, with Wade Phillips serving as defensive coordinator.