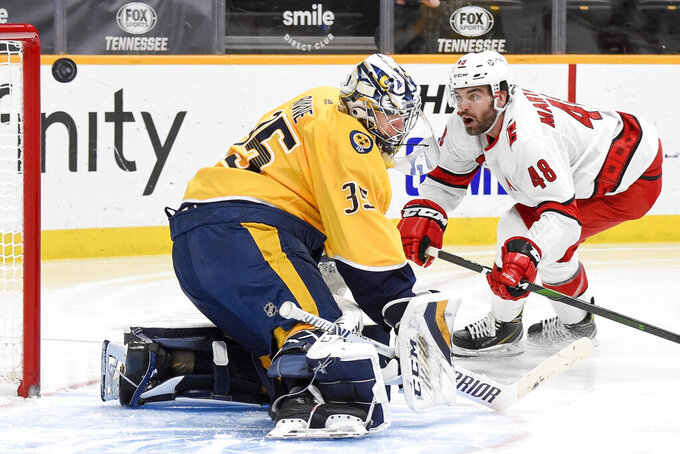 Instead, the Golden Bears, led by rookie head coach Ed McCaffrey, will pursue a modified non-conference schedule in late spring.

The school cited the health and safety of its student-athletes and coaches along with “staffing and faculty challenges associated with multiple sports competing simultaneously.”

Northern Colorado is the fifth Big Sky program to either opt out of the spring season or to pursue a modified spring schedule. The others are Montana, Montana State, Portland State and Sacramento State.

The Big Sky pushed its football schedule from last fall to the spring in response to the coronavirus pandemic.

Southern California has postponed its men’s basketball game against Stanford on Thursday due to a suspected COVID-19-related issue within the Trojans program.

The announcement came within an hour of the scheduled tip in Santa Cruz, California.

The Pac-12 will work with both schools to try to reschedule.

The game was originally scheduled for Dec. 13, but was called off because of a case of COVID-19 within the USC program.

The Trojans are scheduled to face California on Saturday. Stanford goes against UCLA on Saturday.

North Carolina Central says it will opt out of a spring football season due to concerns about health and safety amid the COVID-19 pandemic.

The school announced the decision Thursday, saying the team would have spring practices to prepare for a fall season.

In a statement, coach Trei Oliver said it was “a very tough decision to make, and my staff and I gave this a lot of thought.” He said the staff evaluated the players after their first workouts of the semester and “determined we would not be physically prepared by the start of the season.”

“As a competitor, you try to do all that you can to play, but I am not going to risk the well-being of my players,” Oliver said.

The Eagles are part of the Mid-Eastern Athletic Conference in the Championship Subdivision, which delayed its football season until spring amid the pandemic.

The Washington Capitals will be without Alex Ovechkin and three other prominent players for at least the next four games because of COVID-19 protocols, coach Peter Laviolette said.

Ovechkin, a three-time NHL MVP, was placed on the league’s unavailable list Wednesday along with center Evgeny Kuznetsov, goaltender Ilya Samsonov and defenseman Dmitry Orlov. Laviolette indicated there was a positive virus test and the league did contact tracing.

Washington was fined $100,000 for breaking pandemic protocol for the players being in a hotel room together unmasked.

The four Russians are expected to miss the Capitals’ home opener Friday night against Buffalo and then at least games Sunday against the Sabres and Tuesday and Thursday with the New York Islanders. There was no word Thursday whether any of those games were in danger of being postponed, like what happened to the Dallas Stars and Carolina Hurricanes already this season.

Mancheseter City striker Sergio Aguero says he has tested positive for the coronavirus.

The Argentine had already been self-isolating after being identified as a close contact of someone already infected.

He tweeted that: “I had some symptoms and I’m following doctor’s orders for recovery. Take care, everyone!”

It is yet another setback for City’s record goalscorer, who has started just three matches this season.

Aguero missed the end of last season and the start of the current campaign after undergoing knee surgery in June.

His return to action was then complicated by a hamstring injury in October and he later experienced further discomfort in the knee.

After a series of substitute appearances, Aguero had been due to return to the starting line-up in City’s FA Cup match against Birmingham earlier this month but was then told to isolate. He has been unavailable for the last four games.

The Nashville Predators will use a lottery to sell a couple hundred tickets to season-ticket holders for games on Tuesday and Wednesday against the Chicago Blackhawks.

The Predators announced the lottery Thursday morning. Tickets will be sold in pods of two seats each and lottery winners will get the chance to buy tickets for either game.

Senior vice president Nat Harden says it’s no secret the Predators’ fans’ energy have helped create an unbeatable environment and that fans were sorely missed through the first three games. Harden says they continue working with the Board of Health and other groups to keep people safe inside Bridgestone Arena hoping to gradually increase attendance.

Only three NHL teams allowed fans in at the start of this season with Florida averaging 3,907 earlier this week and Arizona had an average of 2,329 at its first two home games. Dallas plans on having fans in the building Friday night when the Stars open the season against Nashville after a COVID-19 outbreak delay.

Carolina Hurricanes president and general manager Don Waddell said he is hopeful the team will be able to resume some workouts this weekend and play next week after having three games postponed due to COVID-19 protocols.

The NHL called off Carolina’s game at Nashville on Tuesday in the league’s first in-season postponement, then announced additional postponements for Carolina through “at least” Saturday.

That came after five Hurricanes players had been placed on the league’s COVID-19 protocol list since last week, with four coming after the Nashville postponement. Carolina was scheduled to open a two-game home set Thursday against Florida.

Coach Rod Brind’Amour said the team has “guys sitting in Nashville right now in a hotel room that can’t leave their room. It’s brutal. I feel for these guys.”

Waddell and Brind’Amour said the team followed health and safety protocols, which the league noted Wednesday.

“We done all the protocols, we’ve tried,” Brind’Amour said. “I think we’ve done a great job. Obviously it didn’t matter, it got into our room.