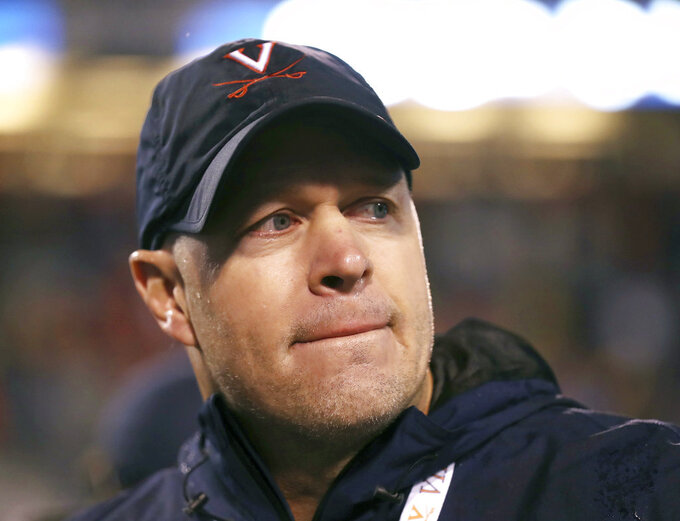 The Gamecocks make their third straight bowl game appearance. They beat Michigan 26-19 in the Outback Bowl last season. The Cavaliers look to avenge last year's 49-7 loss to Navy in the Military Bowl.

South Carolina QB Jake Bentley is closing in on 3,000 yards passing — with 510 of those coming against No. 2 Clemson. He threw for 27 TDs this season with 12 interceptions. He faces a Virginia defense that ranks 14th in the nation against the pass and is allowing less than 22 points per game.

South Carolina: WR Bryan Edwards. With WR Deebo Samuel sitting out the bowl game to prepare for the NFL draft, the Gamecocks are expected to lean on Edwards. He had three 100-yard receiving games and is second on the team with 52 receptions for 809 yards and seven TDs.

Virginia: QB Bryce Perkins. The Arizona Western Community College transfer has been a pleasant surprise, setting a school record for total offense with 3,314 yards. He threw for 2,472 yards with 22 touchdowns and ran for 842 yards and nine scores.