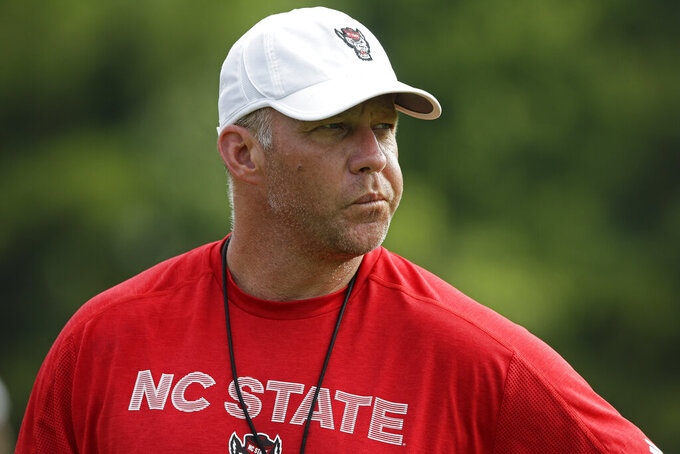 The redshirt sophomore was listed atop the depth chart released Monday for the Wolfpack's opener against East Carolina.

Florida State transfer Bailey Hockman is his backup and redshirt freshman Devin Leary as the third-stringer.

Coach Dave Doeren says McKay separated himself with his "accuracy, his leadership and his ability to really protect the team with his decision-making."

McKay completed 7 of 8 passes last season for 87 yards and added 36 yards rushing with a touchdown in the home win over Georgia State.

The three-man competition had been the key position battle during preseason camp for N.C. State, which must replace three-year starter Ryan Finley.