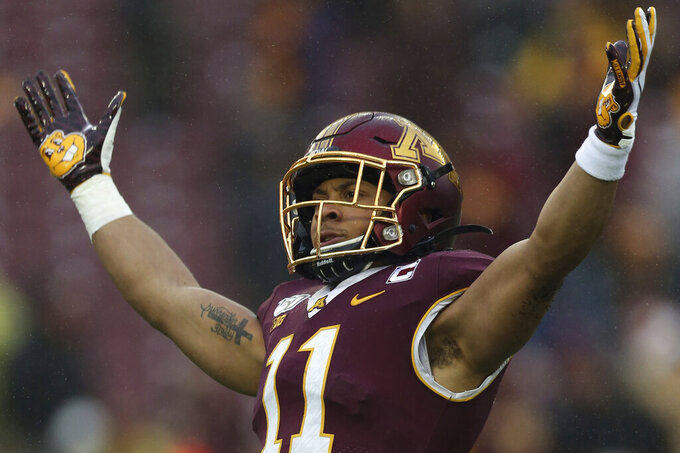 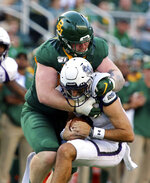 No. 1 LSU and No. 2 Ohio State each placed three players on The Associated Press All-America first team released Monday.

Heisman Trophy winner Joe Burrow of LSU highlights the first-team offense and Heisman finalist Chase Young of Ohio State leads the defense on the team presented by Regions Bank that was chosen by a panel of 15 college football poll voters.

No. 5 Georgia, Kentucky and No. 11 Wisconsin were the other teams with multiple first-team selections. Georgia placed tackle Andrew Thomas and safety J.R. Reed on the All-America team.

Wisconsin running back Jonathan Taylor is the only player to repeat as a first-team All-American this season. Badgers center Tyler Biadasz also made the first-team.

Kentucky had punter Max Duffy, and Lynn Bowden Jr., the receiver-turned quarterback, who made the first team as an all-purpose player. Bowden leads the Wildcats in rushing and receiving this season.

Ohio State led all teams with seven players selected to the three All-America teams, including quarterback Justin Fields, who made the second team.

No. 9 Alabama had no players selected to the first team for the first time since 2010, but had five players combined on the second and third teams. Oklahoma, Utah also had five selections on the three teams and LSU and Clemson each had four.

ALL TEAMS BY CONFERENCE