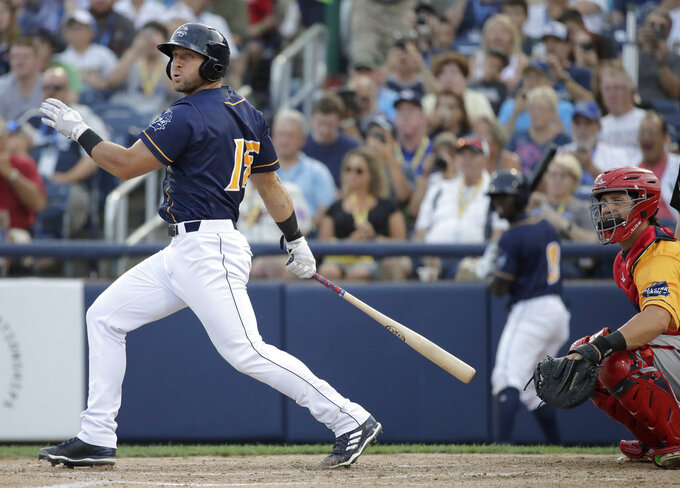 The 2007 Heisman Trophy winner and former NFL quarterback hit .273 with six homers and 36 RBIs in 84 games this year for Double-A Binghamton. His season was cut short by a broken hamate bone in his right hand, which required surgery July 24.

"Timmy is not a guy you want to put restraints on," new Mets general manager Brodie Van Wagenen said Wednesday. "If he sees a block, he's going to work that much harder to go overcome whatever somebody places on him. I believe in him."

Before he was hired by the Mets last week, Van Wagenen worked at CAA Baseball and represented the 31-year-old outfielder.

"Given the hamate injury he had last year, his momentum was stopped," Van Wagenen said, "The goal is if he can pick that up in spring training and hopefully get off to a good start in Syracuse, then we'll evaluate it when he's ready."