Settling it on field: Bowls, role of AP poll change in 1990s 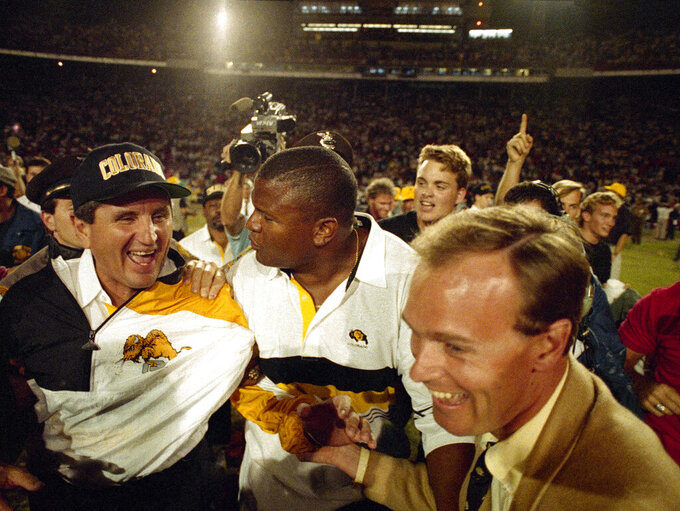 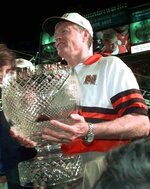 As most of the powerful major-college football independents joined conferences in the early 1990s, it was becoming more difficult to create bowl matchups that helped poll voters determine which team was No. 1 at the end of the season.

Roy Kramer, commissioner of the SEC from 1990-2002, recognized what the changing landscape and tie-ins between conferences and bowls were doing to the postseason, and crafted a solution that turned out to be the initial steps toward the College Football Playoff.

"As we began to look at it, and the fans were talking about it and so forth, there was an interest in putting together the possibility where if you had the No. 1 and 2 teams available that they would meet," Kramer told the AP recently.

What started as the Bowl Coalition grew into the Bowl Alliance and eventually became the Bowl Championship Series. As the postseason changed in the 1990s, The Associated Press college football poll's role changed, too. The AP was and still is crowning a champion, but those in charge of setting the bowl matchups were making it easier for the voters to make their final choice.

The 1990s started with two so-called split championships, when the media members voting on the AP poll had a different final No. 1 from those voting in the coaches' poll conducted by the other major wire service, United Press International.

In 1990, AP crowned Colorado and the coaches voted Georgia Tech No. 1. The next season Miami (AP) and Washington (coaches) each claimed a national title after unbeaten seasons as the Pac-10's agreement with the Rose Bowl did not allow the Huskies to play the Hurricanes. It might seem bizarre now but for decades that was the norm in college football.

In 1992, the Bowl Coalition was formed and arranged a Sugar Bowl with No. 1 Miami and No. 2 Alabama that made for a nice tidy championship when the Crimson Tide rolled.

The Big Ten, Pac-10 and Rose Bowl were not part of the new structure but the model worked just fine until 1997.

That season No. 1 Michigan beat No. 8 Washington State in the Rose Bowl and was voted national champ by the AP. No. 2 Nebraska beat No. 3 Tennessee in the Orange Bowl and the coaches voted the Cornhuskers No. 1.

After much negotiating and assurances to Rose Bowl officials that their game would rarely be played without at least one of its long-term conference partners, the Big Ten and Pac-12 got on board and the BCS was born in 1998.

And, of course, when the very first BCS standings were released in late October, UCLA from the Pac-10 was No. 1 and Ohio State from the Big Ten was No. 2, meaning neither would be playing in the Rose Bowl if that held.

"That had never happened in about 50 years and that was our sales pitch to them, to the Rose Bowl," Kramer said. "I'll never forget the president of the Rose Bowl called me very late one night and he said, 'Roy you said this wouldn't happen' and I said, 'Relax if it does, it won't happen for another 50 years.'"

The AP poll was part of the BCS standings formula that determined which teams played in the championship game from 1998-2004. News organizations were growing increasingly uncomfortable with their writers and broadcasters determining bowl matchups that had millions of dollars in payouts so the AP requested that its poll be dropped from the formula.

Florida State appeared in 100 percent of all polls taken.

Florida State vs. Florida. The Gators and Seminoles met 12 times during the decade and the lowest ranking either team entered the game with was No. 11. Four top-five matchups. Bobby Bowden and the Seminoles went 7-4-1 against Steve Spurrier's Gators, but UF won the Sugar Bowl rematch 52-20 to win the 1996 national title.

As much as fans complain about polls, the BCS showed that generally they were still more comfortable with polls than computer ratings to determine the best teams. Once fans got a steady taste of settling it on the field, though, they wanted more.