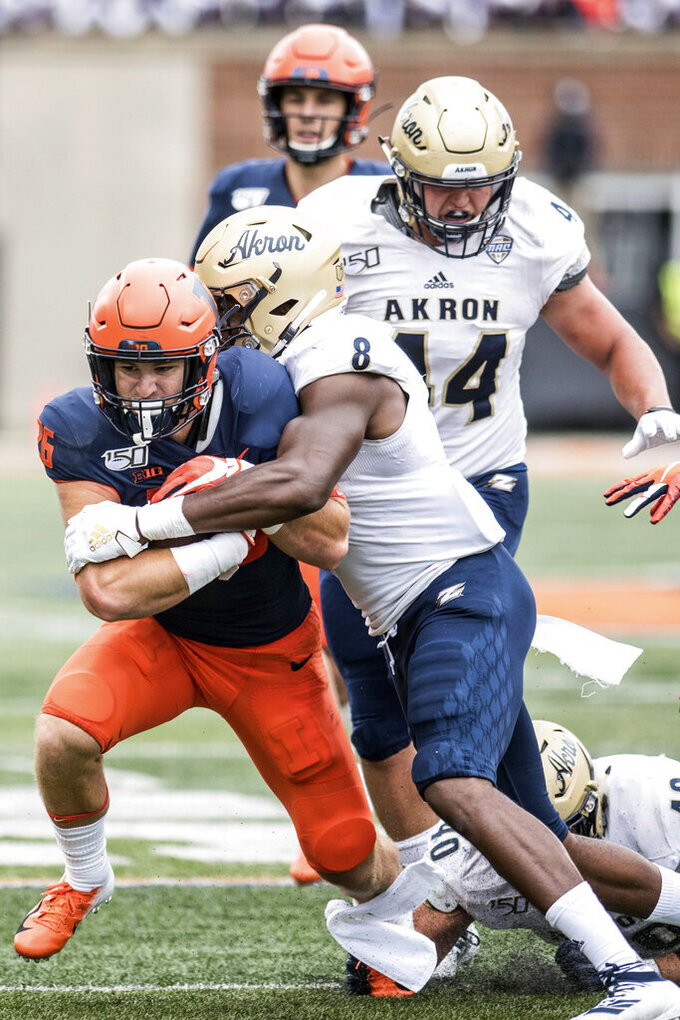 Coach Lovie Smith said Monday the junior hurt his knee in the third quarter of the opener against Akron.

Epstein has played 13 games over three seasons and rushed for 802 yards and scored seven touchdowns.

Epstein started three of the first five games as a freshman in 2017 and was the team's leading rusher before he missed the last seven games with a stress fracture in his right foot. The same injury kept him out of the last five games in 2018.