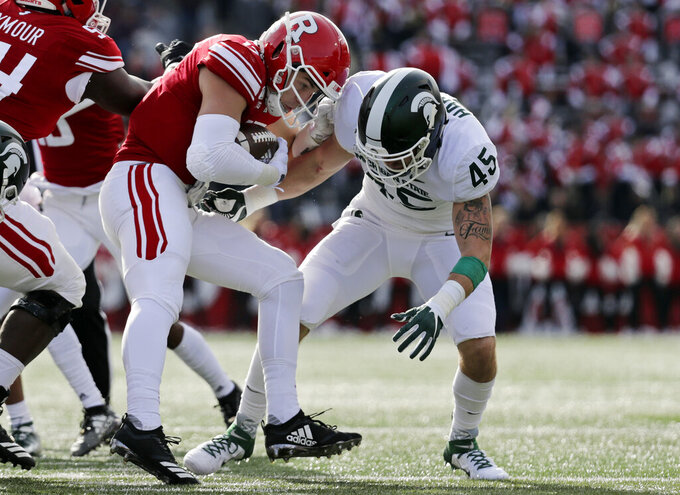 The Nittany Lions still have a shot at a New Year’s Six bowl game. The Scarlet Knights can triple their win total from last season and will be looking for some positivity heading into an offseason that’ll begin with a coaching search.

Rutgers’ defensive line against Penn State’s running game. The Nittany Lions will get RB Ricky Slade back and will likely lean on the ground attack more with starting QB Sean Clifford banged up.

Rutgers: QB Johnny Langan. The redshirt freshman has proven himself a solid runner with 333 rushing yards to go along with his 676 passing yards this season. His legs should come in handy against Penn State’s high-pressure defense.

Penn State QB Will Levis. It looks like Levis could make his first career start after he took a majority of first-team reps on Wednesday. While Clifford still has a shot to play, Levis brings a similar running quality with an edge of physicality not common for the position.

Levis ran 18 times for 34 yards with a touchdown and completed 6 of 11 passes for 57 yards with an interception in relief last week. … Rutgers won the first meeting between the schools in 1918. Its last win in the series came in 1988. … Rutgers LB Tyshon Fogg is third in the Big Ten with 8.6 tackles per game. … Penn State’s senior class is 40-11 since 2016, its first 40-win senior class since 2009. Penn State’s last senior class to win 41 games was the 1997 group. … Penn State safety Lamont Wade forced three fumbles last week, a Big Ten single-game record. … Langan’s 333 rushing yards are the most by a Rutgers QB since Bruce Van Ness had 389 in 1967.