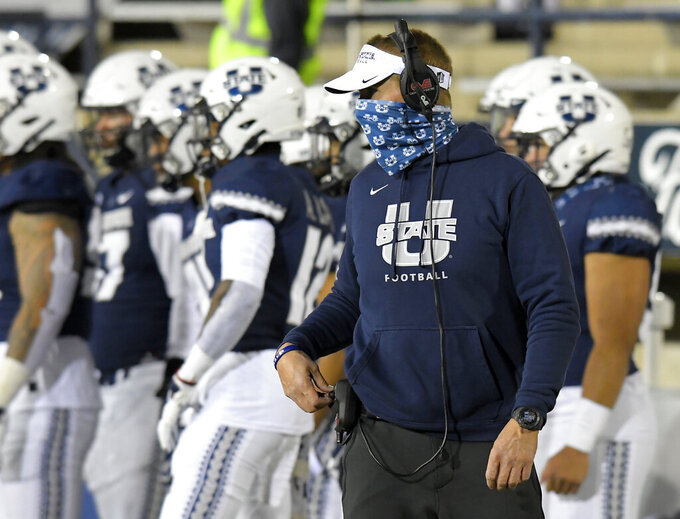 Utah State and coach Gary Andersen are parting ways after a 0-3 start to the season for the Aggies. Andersen was in Year 2 of his second stint at Utah State.

“After a thorough analysis on the current state of our football team, we believe a change at head coach is in the best interest of our program moving forward,” athletic director John Hartwell said Saturday in a statement. “The continued success and development of Aggie football is a priority and we want to make sure we are regular contenders for the Mountain West Championship.”

Co-defensive coordinator Frank Maile will serve as the interim head coach for the remainder of the season.

Andersen, 56, went 26-24 at Utah State from 2009-12, leaving after an 11-2 season to take over at Wisconsin. Utah State went 7-6 last season in Andersen’s return, a disappointing season with eventual first-round draft pick Jordan Love at quarterback.

This season the Aggies have been on the short end of three lopsided games, most recently a 34-9 loss to Nevada on Thursday night.

Andersen was hired back by Utah State after the 2018 season to replace Matt Wells.

Odd exits have been a trend in Andersen's head coaching career. He abruptly left Wisconsin after two winning seasons to take the Oregon State job and then stepped down at Oregon State midseason in 2017.