No. 16 Texas A&M gets another SEC test vs. Mississippi State 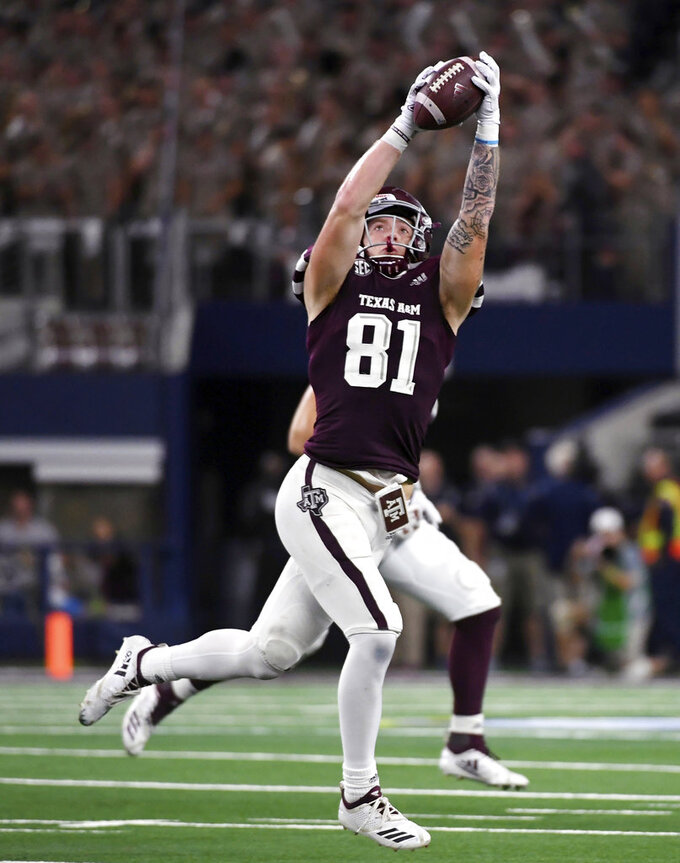 Now the Aggies on Saturday must face one of the league's best defenses in Mississippi State.

No. 16 Texas A&M (5-2, 3-1 SEC) has had two weeks to prepare for Mississippi State (4-3, 1-3) since beating South Carolina 26-23 on Oct. 13. The Aggies haven't been spectacular on offense, but they've been very solid, leaning on the production of quarterback Kellen Mond, running back Trayveon Williams and tight end Jace Sternberger.

They're going to need them all against the Bulldogs, who are giving up just 13.6 points per game, which ranks second in the SEC and fourth in the country.

Mississippi State has been especially good along the defensive line thanks to the presence of Montez Sweat and Jeffery Simmons, but Fisher says those aren't the only guys who can make big plays.

"You get caught up watching them and you don't realize how good the guys around them are," Fisher said.

Mississippi State will probably need a great defensive performance to get the win because the offense has been shaky. Quarterback Nick Fitzgerald threw four interceptions in last week's loss to LSU and the Bulldogs are averaging less than 10 points per game in four league games.

Mississippi State coach Joe Moorhead says his only issue with his defense is it isn't creating many turnovers. The Bulldogs have just eight takeaways this year, which ranks 104th in the country.

As for the offense, Moorhead said he's working to fix the problems and late October is not a good time for the Bulldogs to start having a crisis of confidence.

"To me, we can't be myopic," Moorhead said. "We have to focus on the immediate and fix what needs to be done right now to make sure this season turns out the way we want it to."

Some other things to watch when the Bulldogs host the Aggies:

Texas A&M has had a unique weapon so far this season in punter Braden Mann. He is averaging 54.5 yards per punt, which leads the country by more than four and a half yards. Mann averaged 60.8 yards per punt against No. 1 Alabama earlier this year, which broke the NCAA record for highest average in a single game.

Texas A&M quarterback Kellen Mond has had a breakout season, throwing for 1,800 yards and 10 touchdowns while completing nearly 62 percent of his passes. Trayveon Williams has run for 798 yards, which ranks second in the SEC. Tight end Jace Sternberger has caught 29 passes for 496 yards. His six touchdowns are tied for the national lead for a tight end.

A DECADE OF BOWLS

Texas A&M can earn bowl eligibility for a school-record 10th straight season if it can beat Mississippi State. The current nine-year streak is tied for the 11th longest in the nation and fourth in the SEC.

HARD TO SCORE ON STATE

Mississippi State's defense continues to be among the nation's elite in several categories. The Bulldogs have allowed just eight offensive touchdowns all season, which leads the nation. Opponents have scored just one touchdown over the previous 30 offensive possessions.