No. 16 Virginia's vs No. 1 Gonzaga highlights ACC week ahead 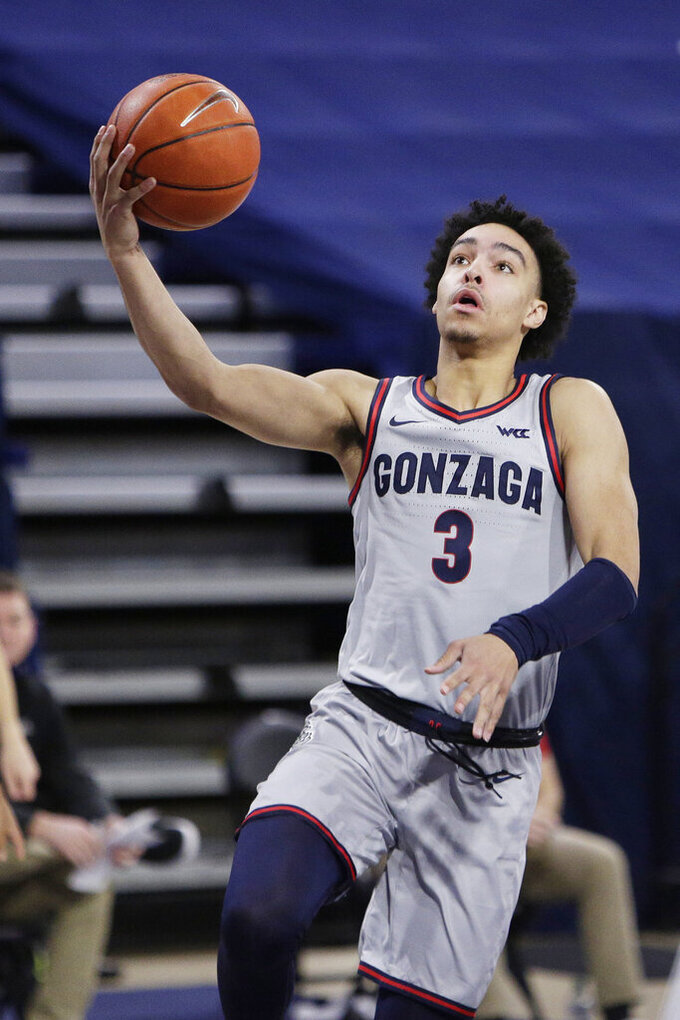 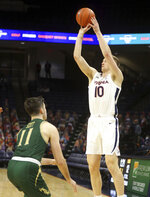 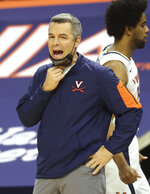 A look at the upcoming week around the Atlantic Coast Conference:

GAME OF THE WEEKEND

No. 16 Virginia vs. No. 1 Gonzaga in Fort Worth, Texas, on Saturday. This made-for-TV matchup comes after both programs had to pause because of coronoavirus concerns early in December. Virginia (4-1) got back into action on Tuesday, defeating William & Mary 76-40. The Bulldogs (6-0) defeated Northwestern State of the Southland Conference on back-to-back nights Tuesday and Wednesday. Both teams have lost what would have been marquee games to the pandemic. Virginia missed games against No. 12 Michigan State and No. 5 Villanova, while the Zags missed a game with second-ranked Baylor. Gonzaga did beat No. 4 Iowa 99-88 on Saturday in their first game back after pausing.

Florida State and Clemson are better known for their battles on a football field, but when they meet Tuesday night at Littlejohn Coliseum at Clemson, the No. 21 Seminoles will be facing another team that has been in Top 25 after starting with five consecutive victories. The Tigers fell out of the rankings after losing 66-60 at Virginia Tech. Florida State has already beaten Indiana and Florida, which were both ranked to start the season, The Tigers have wins against Power Five schools Mississippi State, Purdue and Maryland.

When Miami visits Virginia Tech on Tuesday night, Jalen Cone needs to be a focus of the Hurricanes' defense. The sophomore sharpshooter has tallied 18 points in consecutive games, and all 18 he scored in Monday's victory against Longwood came from behind the 3-point line. He's made 11 3-pointers in his last two games after hitting just four in his first three.

Sophomore Quincy Guerrier (27), junior Alan Griffin (24) and junior Buddy Boeheim (22) all topped the 20-point plateau in Syracuse's 107-96 overtime victory against Buffalo on Saturday. It was the first time the Orange had three or more 20-point scorers since a 127-117 victory against Connecticut in six overtimes during the 2009 Big East Tournament. In that game, Jonny Flynn scored 34, Paul Harris had 29, Eric Devendorf had 22 and Andy Rautins had 20. The Orange are in a coronavirus pause after players for a recent opponent was COVID-positive, necessitating they they quarantine.

ON THE WOMEN’S SIDE

The league has been hit by a rash of coronavirus-related postponements and barring a juggling of the schedule will have just one game — Morgan State at Syracuse on Dec. 28 — before New Year's Eve. Since Dec. 17, the league has lost five games to the pandemic.