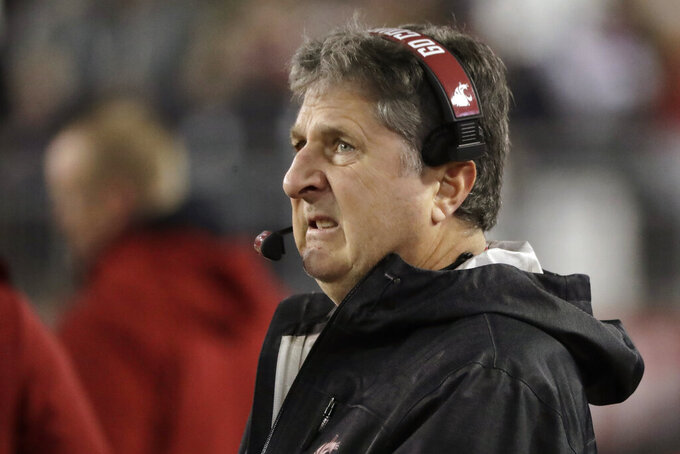 PULLMAN, Wash. (AP) — Washington State coach Mike Leach has agreed in principle to a one-year contract extension that could keep him at the school through the 2024 season.

Leach will be paid $4 million for each year of the five-year contract, school officials said. He will also receive a one-time retention bonus of $750,000 following the 2020 season.

Leach is in his eighth season at Washington State and has led the Cougars to a school-record five consecutive bowl games, though they stumbled to a 6-6 record this year. Leach's 55 wins with the Cougars rank him third in program history.

Leach's success at Washington State has consistently made him the subject of speculation that he may jump to another program.