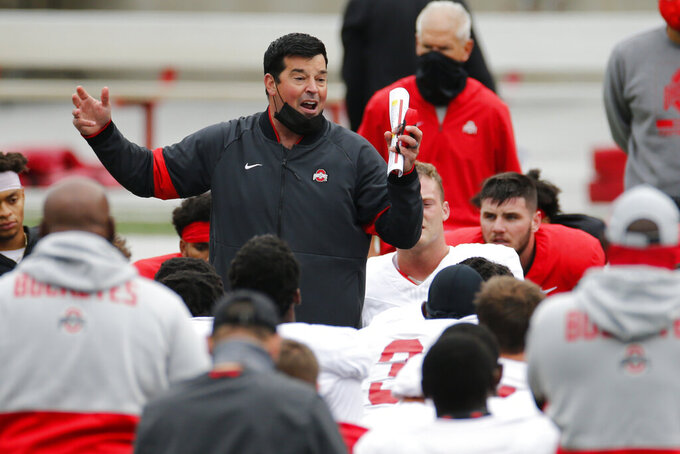 Alabama continues recruiting at a level that should strengthen the reigning national champion’s status as college football’s premier program.

If anything, coach Nick Saban's ability to land the nation’s top prospects grows stronger with each passing year.

The recruiting class that Alabama finalized Wednesday has the highest rating in the history of the 247Sports Composite team rankings, which go back to 2010. The previous top-ranked class was Florida’s 2010 group.

“This is a national championship-winning class,” said Mike Farrell, the national recruiting director for Rivals. “They will win one with this class. It just maybe depends on whether it's one or two.”

Alabama’s class features 13 of the nation’s top 58 prospects, according to composite rankings of recruiting sites compiled by 247Sports.

With the vast majority of prospects again finalizing their decisions in December, Alabama already had assured itself of landing the nation’s top class well before Christmas. The only suspense remaining heading into the February signing day was where the Tide’s class would rank historically.

When Wheaton and Arnold signed with the Tide on Wednesday, it put Alabama’s rating ahead of that Florida 2010 class for first place. Wheaton had committed to Alabama in December but hadn’t yet signed, while Arnold was previously uncommitted.

“(Saban’s) message to me was just, ‘Why not come to a winning program?’” Arnold said during the ESPN telecast that aired his announcement. “The competition level there is high-level competition, and if I feel like I’m one of the best players in the country, why not go compete with the best?”

Alabama’s star-studded class reflected a year in which the rich got richer.

The coronavirus pandemic made this recruiting cycle different from any other. Virtual campus tours replaced official visits and coaches and prospects communicated via Zoom. But the results were familiar.

The top five teams in the 247Sports composite rankings are the same five that topped last year’s rankings.

“We turned what would have been official visits and camps and all those things into virtual reality, so to speak, in terms of how we managed, how we developed relationships, the time we spent with the players we recruited and the relationships we were able to develop,” Saban said.

Steve Wilfong, the director of recruiting for 247Sports, notes this celebrated Alabama class arrives as most of the Tide’s decorated 2017 class departs.

Alabama and Ohio State topped the team recruiting rankings a month after facing off for the national championship.

While plenty of SEC teams joined Alabama in signing impressive classes, Ohio State stood out from its Big Ten foes.

Four of the top seven classes belong to SEC schools: Alabama, No. 3 Georgia, No. 4 LSU and No. 7 Texas A&M. The only other Big Ten class to rank higher than 14th was No. 10 Michigan.

The top remaining prospect heading into Wednesday was still unsigned at the end of the day.

J.T. Tuimoloau, a defensive tackle from Sammamish, Washington, is ranked third overall in the 247Sports Composite. Tuimoloau isn't expected to make an announcement until the spring.

That represented a major change from a year earlier.

This was the fourth recruiting cycle that included a December signing period as well as the traditional February signing day, and the December period has become the bigger one.

The pandemic didn't change that. Wiltfong estimated about 85% of the recruits signed in December.